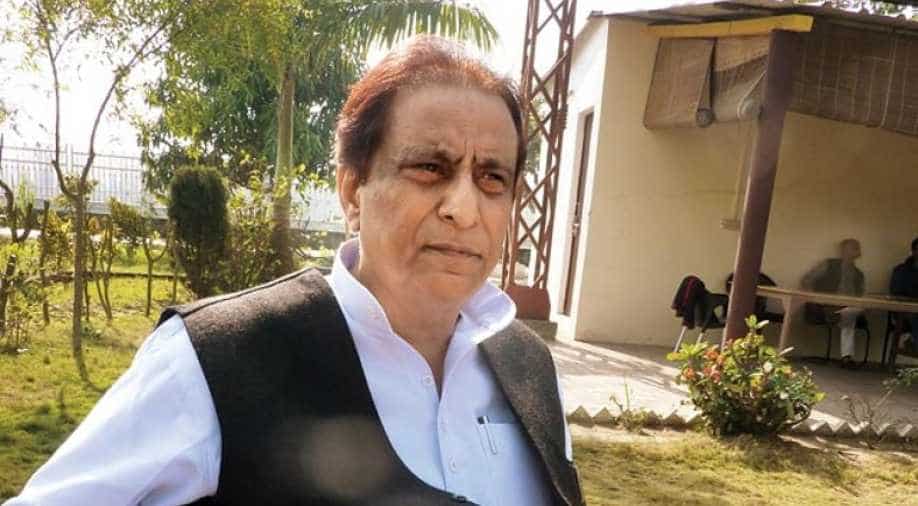 A division bench of Justices Manoj Mishra, Manju Rani Chauhan passed the order on a petition filed by Azam Khan.

In a relief to Samajwadi Party leader Azam Khan, the Allahabad High Court on Wednesday put a stay on 27 FIRs related to Mohammad Jauhar Ali University run by him in Rampur till October 24.

A division bench of Justices Manoj Mishra, Manju Rani Chauhan passed the order on a petition filed by Azam Khan.

Speaking to ANI, Khan's advocate Safdar Kazmi said the court has also put a stay on any coercive action in the case.

Khan cannot be arrested till October 24 when the court takes up the matter for hearing.

"During the course of hearing, it came to fore that the allegations made in FIRs did not mention the date and how the offence happen. It also comes to fore that the informants sold their other pieces of land peacefully to the university and they have no objection on them," Kazmi said.

The court has sought a response from the state government and other respondents in the case.