Aggressive strategy to be maintained with Pak on ceasefire violations: Army chief Rawat 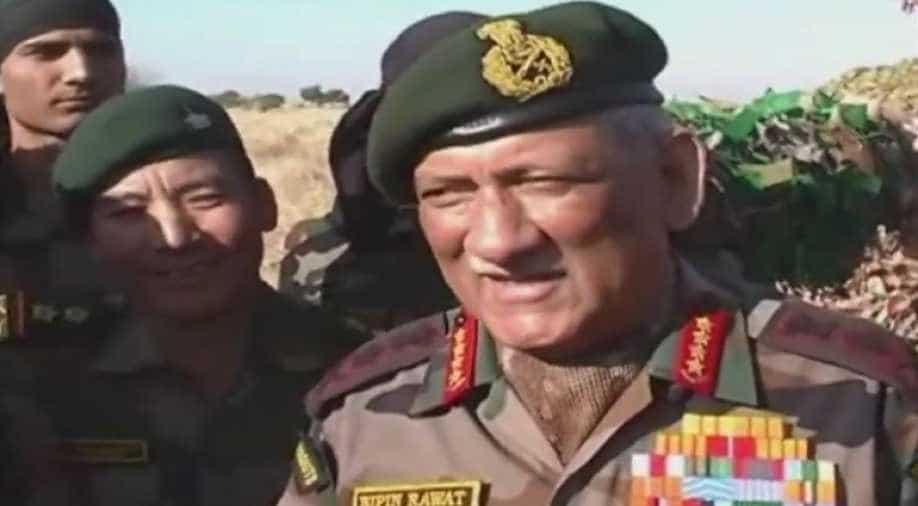 Bipin Rawat was responding a question on the Army's strategy to deal with repeated ceasefire violations by Pakistan along the LoC in Jammu and Kashmir. Photograph:( ANI )

Army Chief General Bipin Rawat today said an "aggressive strategy" has to be maintained in dealing with ceasefire violations by Pakistan along the Line of Control in Jammu and Kashmir and indicated that the force has been responding effectively to such incidents.

He said this responding to a question on the Army's strategy to deal with repeated ceasefire violations by Pakistan along the LoC in Jammu and Kashmir.

According to official figure, a total of 820 incidents of ceasefire violation by Pakistani troops were reported in 2017 as against 221 in the year before.

On the issue of insurgency in several parts of the country, the Army Chief said it is on a decline in the Northeast while in Kashmir it is "cyclical" in nature.

"The moment peace tends to return to the Valley, there is an interference from across the border," he said.

Earlier, General Rawat interacted with 27 youths from Assam and Arunachal Pradesh, who are here as part of a national integration tour.

When one of the youths asked why the Indian Army does not "finish" the Pakistani side, he replied, "If we finish (militarily) Pakistan, it will become like Afghanistan, riddled with all sorts of problems which Afghanistan is today facing."

Since beginning of the year, the Army pursued an aggressive anti-terror policy in Jammu and Kashmir, at the same time, forcefully responding to all ceasefire violations by Pakistani troops along the Line of Control with a tit-for- tat approach.

Rawat also said neighbouring nations have to "learn to live with each other".

"We want to live in peace. Two neighbours living in a colony, if they have any issue, one of them can choose to move house. But, as nations we can't do that," he said.