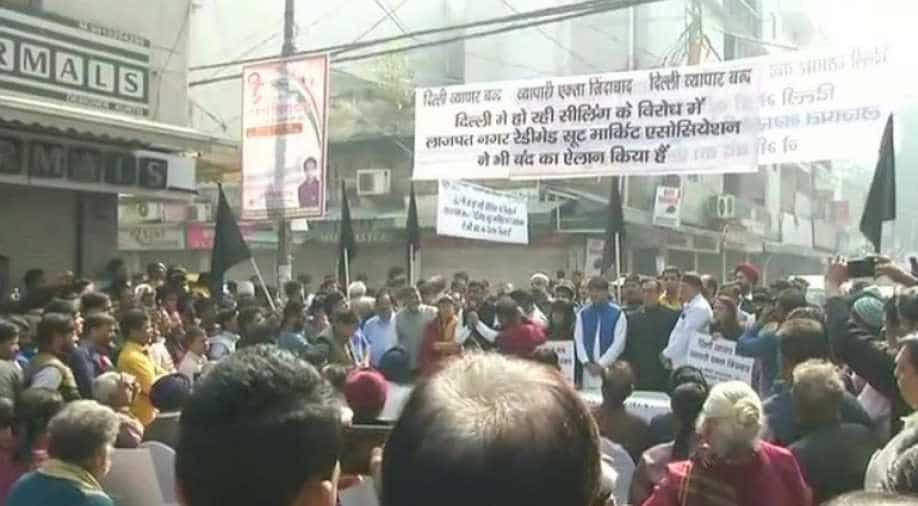 Traders are protesting against the sealing drive by the civic bodies over the past few weeks. Photograph:( ANI )

Popular markets in Delhi remained closed for the second day today after the 48-hour shutdown call by the Confederation Of All India Traders (CAIT) who are protesting against the sealing drive by the civic bodies over the past few weeks.

Traders have threatened to extend the bandh (strike) to tomorrow if the civic agencies do not stop the sealing drive.

Shops, restaurants and establishments that use residential areas for commercial purposes without paying conversion charges are being sealed.

Delhi's ruling Aam Aadmi Party (AAP), which considers the shutdown to be Bharatiya Janata Party sponsored, says that the sealing could have been prevented.

"It's BJP's duty to fill loopholes in the master plan as it is in power in centre and MCD. Sealing could've been prevented if BJP did that. All legitimate demands of chief minister Arvind Kejriwal have been approved in the meeting. These demands will be put in public domain,"

On Friday, officials of Delhi Development Authority (DDA) held a meeting with LG Anil Baijal at his residence to discuss issues over the sealing drive in a bid to provide relief to the traders.