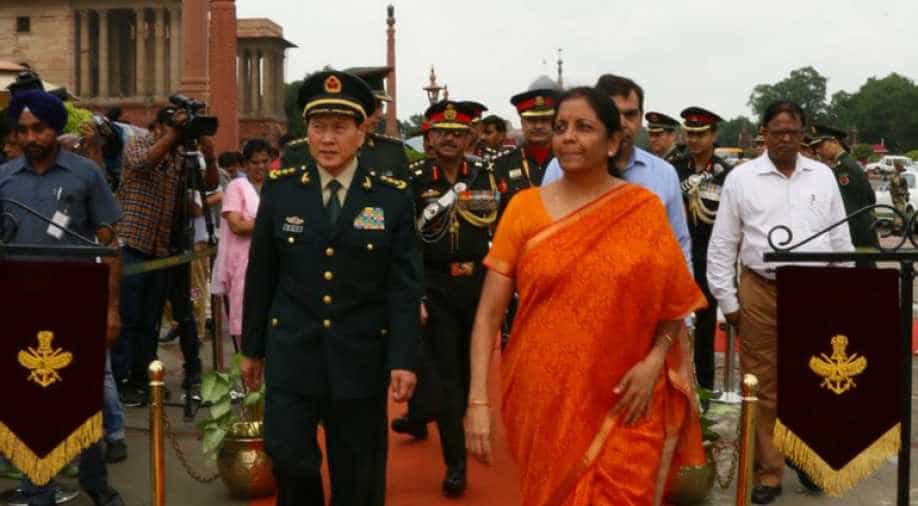 This is their second meeting in 2018 as Sitharaman met him during her visit to Beijing in April to take part in the defence ministers' meeting of the Shanghai Cooperation Organisation (SCO).

Removing distrust and boost coordination between the armies of the two neighbours are high on their agenda.

Chinese defence minister Wei Fenghe was given a ceremonial welcome in New Delhi when he arrived for talks with his Indian counterpart Nirmala Sitharaman.

Indian and China were engaged in a tense military standoff in Bhutan’s Doklam region last year.

Wei's visit is regarded as a full-fledged bilateral visit aimed at solidifying military ties in the larger improvement of relations after 2018's informal summit between Prime Minister Narendra Modi and President Xi Jinping.

Wei, who arrived on Tuesday, had called on Prime Minister Narendra Modi on the same day.

There is speculation that Wei’s visit could result in the two sides coming up with certain steps to build trust between their armies as the countries work towards implementing the decisions taken by Modi and Xi in Wuhan.