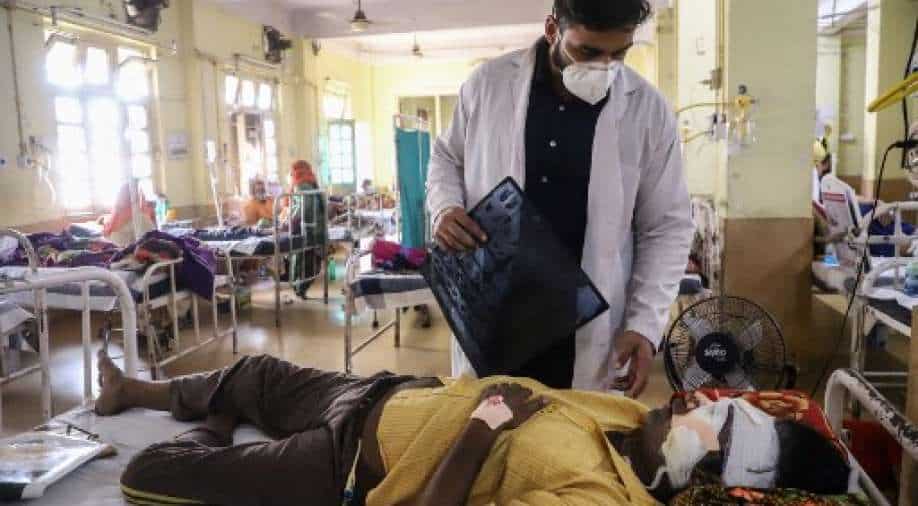 India now has less than 3.2 million active cases and overall the country has close to 23 million people who have recovered with 360,000 recoveries registered on Wednesday

After black fungus, now there are reports of a more dangerous white fungus as India battles the second wave of Covid pandemic.

India on Thursday reported a drop in all key metrics. In the last 24 hours, more than 270,000 people tested positive with active cases falling by more than 96,000.

India now has less than 3.2 million active cases and overall the country has close to 23 million people who have recovered, with 360,000 recoveries registered on Wednesday.

The daily death count has dropped below 4,000 after four days, with more than 3,500 deaths being reported on Wednesday.

However, what is complicating India's fight against the virus is new infections, namely Mucormycosis or black fungus which is rare but a serious infection.

Many coronavirus patients who were treated with steroids are now developing black fungus. They have pain around their eyes and face, black nasal discharge, headaches, fever and cough.

The government of India has now asked all states to declare Mucormycosis an epidemic and treating it is proving to be difficult because several states are reporting a shortage of medicines used to treat black fungus.

And as if this wasn't bad enough, now there is something called a white fungus.

Doctors in Bihar's capital Patna have detected cases of "white fungus". Apparently it's more dangerous than black fungus but these are still initial reports, so there's no need to panic.

In Bihar, doctors have found four cases so far. These patients showed symptoms of the Wuhan virus and their lungs were infected but they tested negative.

Doctors fear that unlike the black fungus, the white fungus can spread to other parts of the human body. However, no other state has reported white fungus cases.

Meanwhile, according to a study, two shots of two different vaccines can be taken, not only is it safe, it increases the efficacy of vaccines.

A study has been conducted in Spain with more than 600 people who were given two different shots - one dose of the Oxford AstraZeneca vaccine and Pfizer.

The researchers found that if taken together both vaccines produce a potent immune response.

The Spanish government is convinced with the findings. It has decided to allow two million people to take the Pfizer shot as their second dose and AstraZeneca as their first shot for people below 60 years of age.

Last month, Spain had decided to reserve the AstraZeneca jab for those above 60 years of age after the hysteria over blood clots linked to the vaccine.

Some experts believe people below 60 have a higher chance of developing blood clots because their immune system is more powerful. It might go into overdrive with the AstraZeneca vaccine which is why Spain wants to use the Pfizer shot as a second dose.