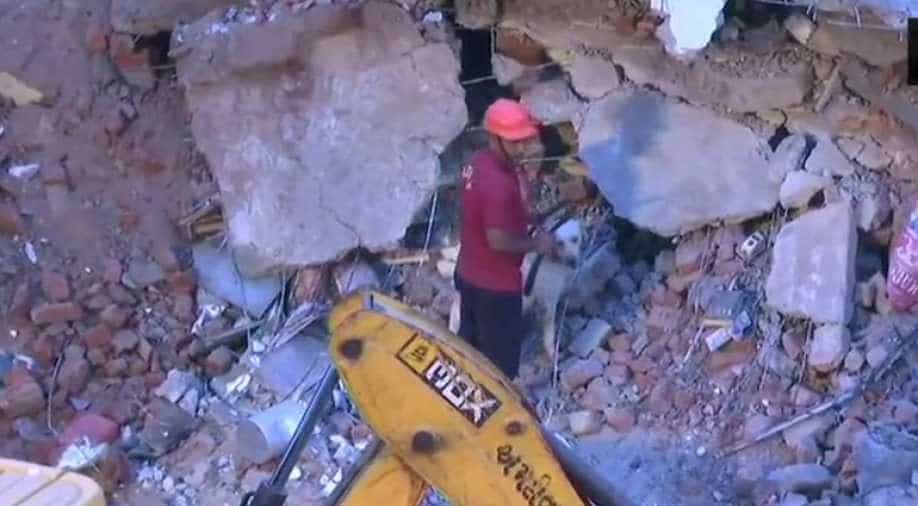 Three people have been rescued and some were still feared trapped after two four-storey buildings collapsed on Sunday in Ahmedabad's Odhav area.

The two building blocks were constructed under a government housing scheme nearly two decades ago.

The reason for the collapse is unknown.

"One team is on standby in Vadodara. Dog squad is also here. We are using various equipment to rescue people. Rescue operation will take at least three-four more hours," N KK Prasad, the second in command of the sixth battalion of the National Disaster Response Force (Gandhinagar), told ANI.

Five of the National Disaster Response Force (NDRF) and the local fire brigade were deployed to rescue people from the debris of the two blocks, each four-storeyed, said Minister of State for Home Pradipsinh Jadeja.

Jadeja has also informed that about 8-10 people are still feared trapped under the debris but the exact number is unknown.

As per a fire brigade official, there were 32 flats in the building, which were vacated after a notice was issued recently.