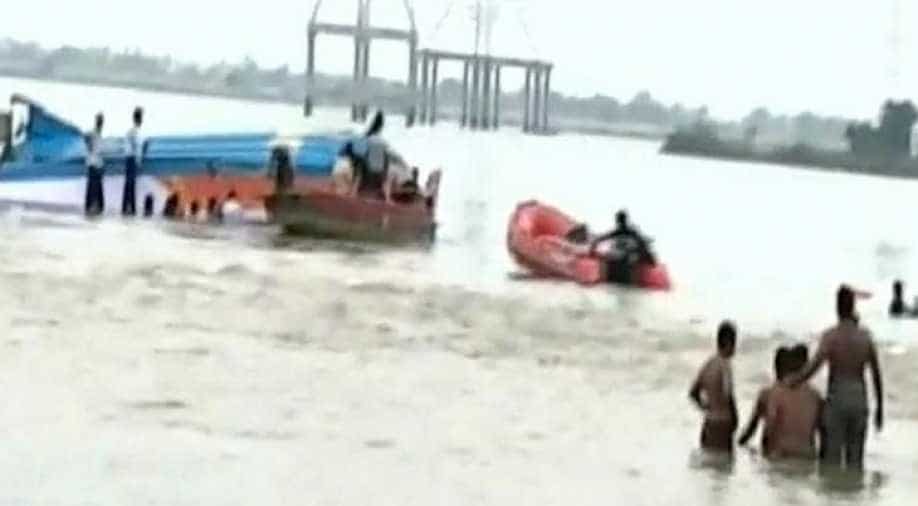 The overloaded boat capsized midway due to the weight of 38 passengers Photograph:( ANI )

At least 14 bodies have been recovered after a boat capsized at river Krishna's Pavitra Sangamam ghat in Andhra Pradesh on Sunday.

Reports say that 14 bodies have been recovered so far. As many as 15 people were either rescued by local fishermen or swam to safety.

The overloaded boat capsized midway due to the weight of 38 passengers, the police official said.

Authorities fear that the death toll may go up.

Reports said that 15 persons were rescued by local fishermen and National Disaster Response Force (NDRF) teams were pressed into service to trace the missing persons, a senior police official said.

The incident occurred around 5.45 PM when a private tourism boat was making a trip from Punnami Ghat, Bhavanipuram, to Pavitra Sangamam, Ferry village, the official said.

The deputy chief minister rushed to the accident spot to oversee the rescue operations and has directed police to rush additional force to help locate the missing persons.