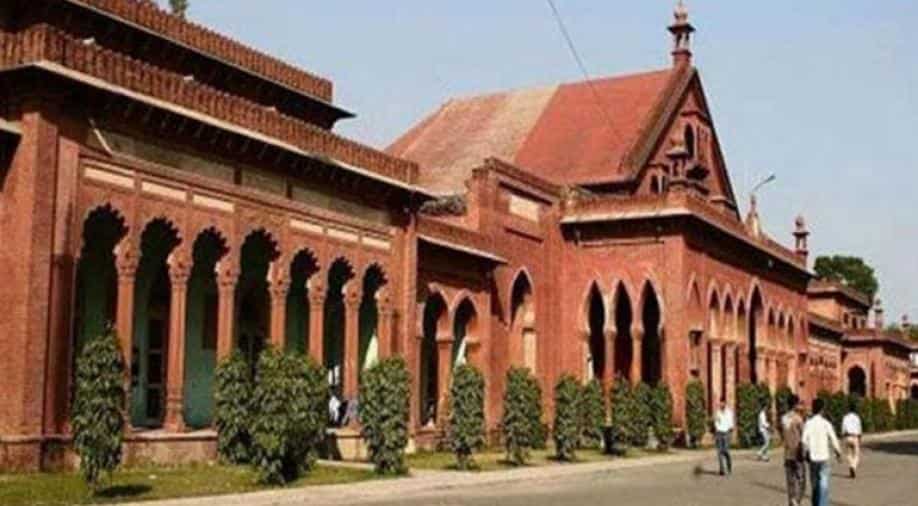 Three Kashmiri students of the Aligarh Muslim University have been booked for sedition for allegedly raising "anti-India" slogans and trying to hold a prayer meeting for Hizbul Mujahideen commander Manan Bashir Wani, who was killed in an encounter in north Kashmir, officials said Friday.

"Police have filed an FIR against Wasim Malik, Abdul Mir and one unnamed person. They have been identified on the basis of a video recording," he said.

AMU spokesman Shafay Kidwai said that show cause notices have been issued to nine students for trying to hold an unauthorised gathering Thursday.

"A three-member inquiry committee has been set up to probe the incident. It will submit a report in the next 72 hours, he said. "

The three were suspended from the AMU earlier. Some AMU students from Kashmir had Thursday gathered near Kennedy Hall on the campus to hold funeral prayers for Wani, following which the varsity staff and students' union rushed to the spot and tried to stop them, Kidwai said Friday.

He said the university has made it clear that it has a zero tolerance policy for any act which could even remotely be described as anti-national.

AMUSU president Faizul Hasan told PTI that he had always championed the cause of freedom of speech but any act of treason or terror was unacceptable to the union.

He said they will not allow the university to be defamed by any person who indulges in such unlawful activity.

Meanwhile, BJP lawmaker from Aligarh Satish Gautam said those trying to hold a prayer meeting for Wani on the AMU campus should be expelled.

The 27-year-old Wani, who quit PhD studies in Allied Geology and joined the militant ranks in January this year, was killed at Shatgund village in the Handwara area of Jammu and Kashmir's Kupwara district during the encounter on Thursday.