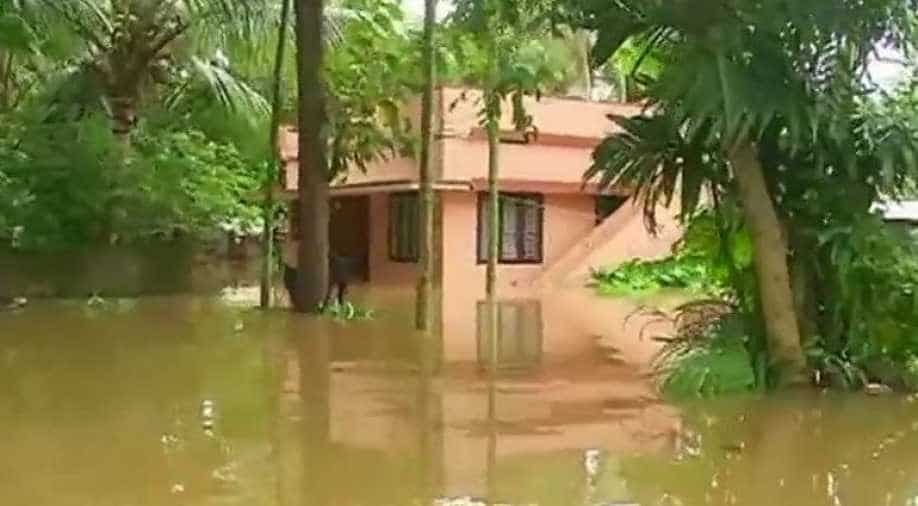 As per reports, more than 100 houses vacated and 12 camps have been urgently opened at Paravur Taluk.

Kerala has been grappling with heavy rains and landslides as a result of which at least 20 people have been killed and many have been reported injured. Many low-lying areas of the state, especially in Ernakulam district, have been severely affected with rainwater entering residential areas, ANI reported.

In Pathalam, Ernakulam, rescue operations are underway with the help of boats by Kerala Fire and Rescue Department

As per reports, more than 100 houses have been vacated and 12 camps have been urgently opened at Paravur Taluk. Nearly 951 people have rehabilitated in Ernakulam district as low-lying residential areas like Pathalam and Eloor have been submerged in water.

Ernakulam District Collector and top officials of the airport management reviewed the situation after which it was decided to resume the services at the airport.

The decision to suspend the arrival operations was taken after four shutters of the Idamalayar dam were opened this morning to release excess water.

One shutter of the Idukki dam was also partially opened which led to an increase in the water level in the Periyar river.

With water levels rising in various dams and reaching almost its maximum capacity, shutters of at least 22 reservoirs in the state have been opened to drain out excess water.

Kerala Chief Minister Pinarayi Vijayan described the flood situation in the state as "very grim". He also noted that it was for the first time in the history of the state that 22 dams have been opened at a time.

"The flood has caused large-scale damage across the state. Water levels in rivers are on the rise. Thus, there is a need to open the shutters of many dams," the chief minister noted.

#WATCH: Road gets washed out in Malappuram after flash flood hit the region. #Kerala pic.twitter.com/2CqWjkn0no

The annual Nehru Trophy boat race, one of Kerala's star attractions, held at Punnamada Lake in Alappuzha district has also been postponed this year in the wake of floods.

For second year in row, no chief guest on Republic day due to COVID-19 crisis