183 Covid-19 cases in IIT-Madras: Lesson for the public, say authorities 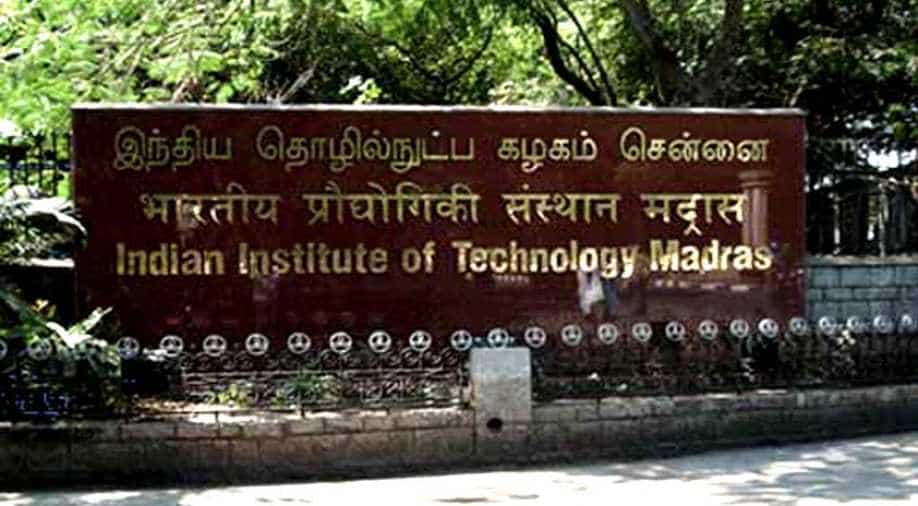 Making a mention of a single common dining area that possibly led to the rapid spread of infection on campus, Tamil Nadu Health Secretary Dr J Radhakrishnan said that people must follow mask-wearing irrespective of whether they were in a family function or in a public event or group discussion.

The Cluster of Covid-19 cases in IIT-Madras in Chennai has increased by 79, thus taking the total number of cases to 183, said Health Department Officials. They urged the public to consider this cluster as a lesson and to not let their guard down against the pandemic.

Making a mention of a single common dining area that possibly led to the rapid spread of infection on campus, Tamil Nadu Health Secretary Dr J Radhakrishnan said that people must follow mask-wearing irrespective of whether they were in a family function or in a public event or group discussion.

He added that the Education Department had instructed the college authorities to provide take-away food service or to deliver food in the hostel rooms.

According to Radhakrishnan, the infected staff and students of IIT are stable and are being continually monitored, provided quality treatment. Urging the educational institutions to pay heed to the health Department’s caution, he said that fines would be imposed on violators under the Public health Act and Epidemics Act.

Greater Chennai Corporation Commissioner, G. Prakash said that the authorities were inching towards completing 25lakh Covid-19 tests in Chennai city limits. He also added that the death rate was brought down to 1.76% and that they have been instructed by the Chief Minister to work harder to reduce the fatalities to less than 1 per cent.

1,141 new Covid-19 cases on Monday took Tamil Nadu’s cumulative tally past 8lakhs (8,00,029). The Southern state is the fourth worst-hit after Maharashtra, Karnataka, and Andhra Pradesh. However, when compared to previous months, new cases have been brought under control and the active cases stand at 10,039. So far 11,909 persons have succumbed to the deadly pandemic.

IITans who were on campus had told Zee media that the most likely cause of the spread of Covid-19 was the common dining area that was shared by over 700 students.

Over 100 Covid-19 cases were reported from the institute, at a time when the IIT has been functioning on limited capacity with only 10% students in the hostels. According to the institute, they have asked all students to remain in their rooms and are supplying packed food in the rooms.

Students also pointed out that while the institute had ensured individual hostel rooms and a lesser number of students sharing washrooms, day scholars were coming to campus in small numbers and interacting with the residents. While there was a general advisory asking students no to venture out, students say many among them may have stepped out of the campus and could have contracted the infection from outside the premises, as well.

Unwelcome change: Indian groom leaves early with 'baarat', gets sued by friends for Rs 50 lakh. Find out how