1.75 lakh pilgrims from India to go on Haj this year for the first time after Independence 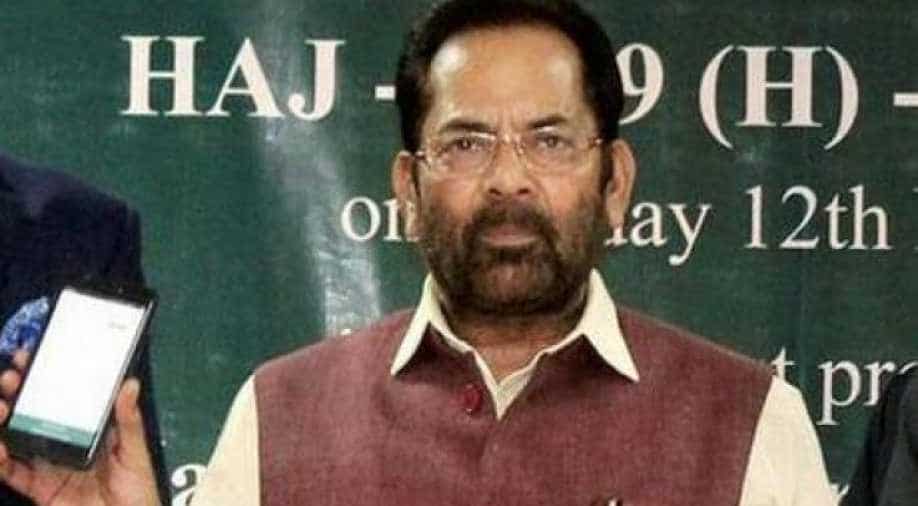 Union Minority Affairs Minister Mukhtar Abbas Naqvi said on Sunday that a total of 1.75 lakh pilgrims from India will go on Haj this year without any subsidy, a first after Independence.

The announcement comes after the Centre increased the total quota for the second time. It was also announced that women from India will go without a male companion for the first time.

As many as 1,28,002 pilgrims — including around 47 per cent females — will go on the Muslim pilgrimage through the Haj Committee of India while 47,023 will opt for the services of private tour operators.

Naqvi said that the Union government's decision to allow Haj pilgrims to choose the embarkation point most suited to them, instead of the earlier practice of fixing such a point for them, was benefiting those going to perform Haj.

"Due to this new rule by the Union government, Haj pilgrims can board a flight from the airport most convenient for them. It has saved the government a lot of money," he added.