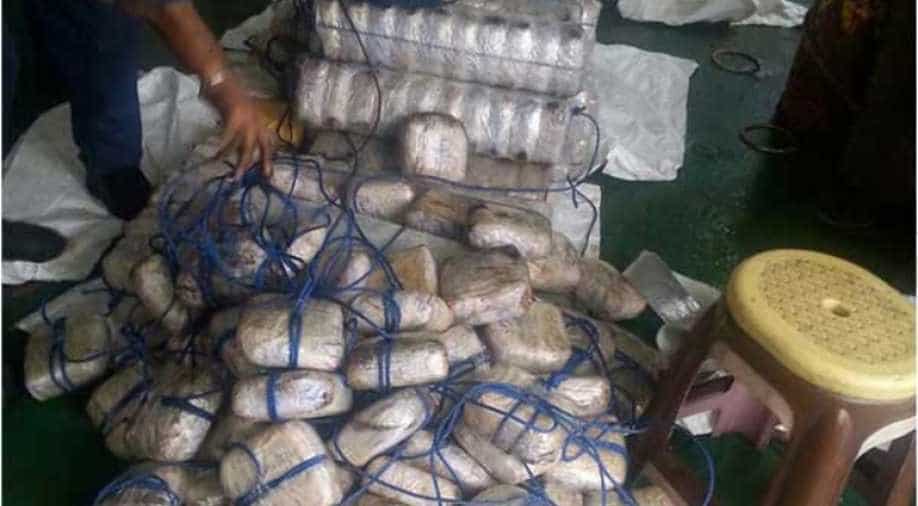 Keeping in view the vulnerability of the border, the setting of fog and smog and heightened activities of smugglers and anti-national elements on the border.

The Border Security Force (BSF) on Sunday seized 17 kgs of heroin along with two arms, three magazines and 26 live rounds of ammunition from Karma post in Ferozepur sector of Punjab.

BSF troops on duty observed some suspicious movement ahead of the border security fence in the Karma post following which a special search operation was launched.

Keeping in view the vulnerability of the border, the setting of fog and smog and heightened activities of smugglers and anti-national elements on the border, Inspector General, BSF Punjab Frontier Mahipal Yadav, issued operational guidelines for further strengthening the border domination so as to effectively check illegal activities on Punjab border with Pakistan.

The Deputy Inspector General, Sector BSF Ferozepur directed field commanders to maintain extra vigil on the border to thwart the attempts of anti-national elements. Tactical operations are being mounted to foil the attempts of the smugglers.

According to an official statement, this year, the BSF has seized 221.3 kg of heroin (including today`s seizure) on the Punjab Border and 435 grams of opium while 66 people have been held for illegally crossing the border and five smugglers have been apprehended.

Around 19 different types of weapons have been seized, while 502 rounds of ammunition of various calibres have been recovered by the BSF so far.