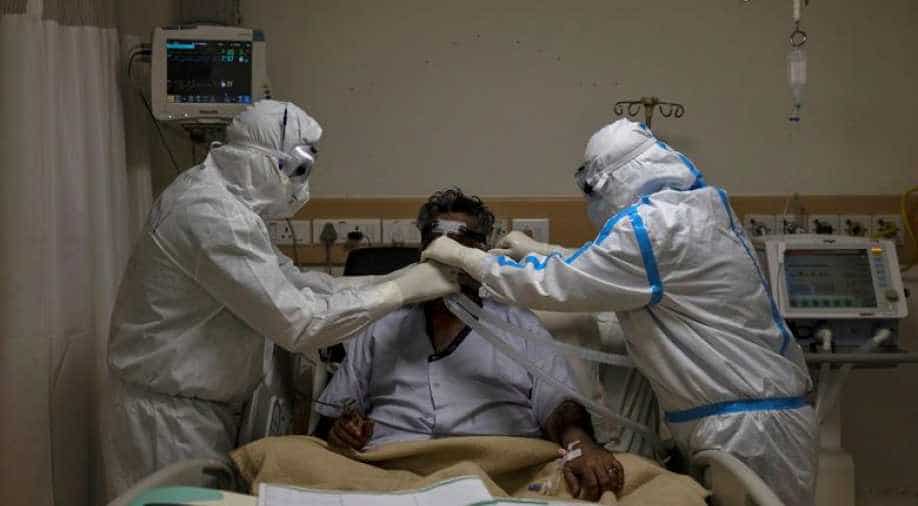 Notably, his wife and another family member also had contracted COVID-19, and have successfully recovered about a month-and-a-half ago.

A 106-year old man from Delhi, who had witnessed the 1918 Spanish Flu when he was four, has won the battle against COVID-19 and recovered faster than his son, in his 70s, at a dedicated coronavirus facility here, doctors said.

The 106-year-old patient was discharged from the Rajiv Gandhi Super Speciality Hospital (RGSSH) recently after recovering, where his wife, son and another family member also recuperated after contracting the novel coronavirus infection, they said.

"Perhaps, he is the first reported case of COVID-19 in Delhi who also went through the dreaded Spanish Flu pandemic of 1918 which like COVID-19 had also ravaged the world. And, he not only recovered from COVID-19, he recovered faster than his son, who is also very old," a senior doctor.

Spanish Flu was a pandemic which hit the world 102 years ago and affected nearly one-third of the global population at that time.

"The 1918 influenza pandemic was the most severe pandemic in recent history. It was caused by an H1N1 virus with genes of avian origin. Although there is no universal consensus regarding where the virus originated, it spread worldwide during 1918-1919," according to the Centre for Diseases Control (CDC) in the US.

In the US, it was first identified in military personnel in spring 1918. It is estimated that about 6,75,000 deaths occurred in America, it said.

According to a World Health Organisation (WHO) report, the pandemic of 1918-1919 called the Spanish Flu was particularly virulent and killed an estimated 40 million people worldwide.

In India, the disease is believed to have been brought in by the soldiers returning from World War I conflicts.

The first cases of Spanish Flu were reported in areas which are major ports of entry, such as Mumbai (then Bombay), Kolkata (Calcutta), Delhi and Chennai (Madras), where a large number of people returned from abroad.

The casualty count in India from the Spanish Flu is believed to be nearly one-fifth of the entire fatalities in the world, though the statistics for mortality in India are too wide-ranging and debatable.

Doctors at the RGSSH, a dedicated COVID-19 facility were amazed to see the recovery of this centenarian patient from the novel coronavirus, even though he was highly vulnerable to the infection.

"We don't know whether he was affected by the Spanish Flu or not. We haven't seen much documentation on the situation back then as far as Delhi is concerned, but very few hospitals were there at that time. It is amazing this 106-year-old showed the will power to survive," a senior doctor, who monitored his situation, said.

Notably, his wife and another family member also had contracted COVID-19, and have successfully recovered about a month-and-a-half ago., the doctor said.

The RGSSH has treated 1,000 COVID-19 patients so fare, and on Monday it is marking the milestone with a symbolic event where Delhi Deputy Chief Minister Manish Sisodia and Health Minister Satyendar Jain are slated to participate.

Delhi recorded 2,505 fresh coronavirus cases on Friday, taking the tally in the city to over 97,000-mark, while the death toll from the disease mounted to 3,004, authorities said.

The national capital, at present, is the worst-COVID-19-hit city across India.

According to the COVID-19 health bulletin, 68,256 patients have been recovered, or discharged or migrated so far.