100 Indian fishermen reach Vadodara after being released from Pak prison 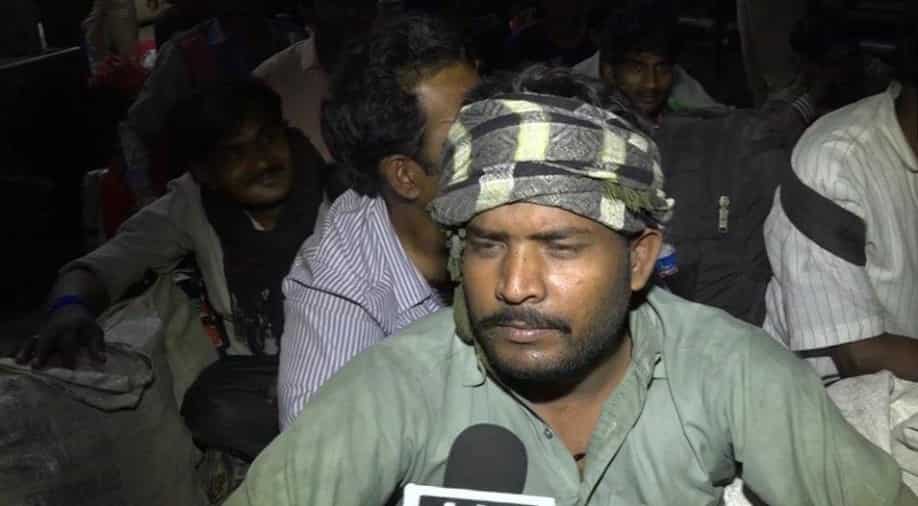 The fishermen were caught by Pakistan coast guard for crossing the international sea borders Photograph:( ANI )

The fishermen are from the state`s Veraval region and were caught by Pakistan coast guard for crossing the international sea borders.

They were kept in Karachi jail for over a one-and-a-half year before being released on April 8.

"Many of us accidentally cross the border while some go to that side knowingly for catching fishes. I was in Pakistan for about 17 months. We were always confined in a particular cell and were never allowed to venture out. We were clearly told to stay in the definite cell for our own safety," a fisherman reportedly told ANI.
"I was caught accidentally while we were sleeping on the boat. The boat had accidentally crossed inside their border," another fishermanVikram told AN.

The fishermen were brought to Vadodara through train from Amritsar by the state fisheries department.

Ramesh Kumar, Assistant Director, Fisheries Department said, "These were released from Pakistan on April 8. Our team had gone to Amritsar to receive them and have brought them here through a train."

On April 5, Pakistan had announced that it will be releasing 360 Indian prisoners upon completion of their sentences, starting April 8.

The decision comes after India sent a note verbale to Pakistan on Tuesday, urging it to make necessary arrangements for an immediate release and repatriation of Indian prisoners who had completed their respective prison sentences.