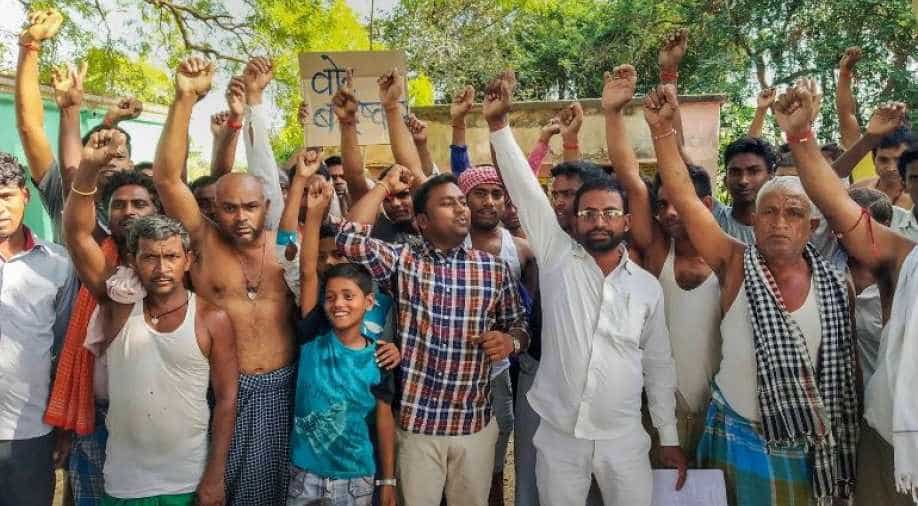 Villagers boycott the Lok Sabha polls as they press for their demands during the seventh and last phase of Lok Sabha polls, in Nalanda, Sunday, May 19, 2019. Photograph:( PTI )

Shouting "no road, no vote", a group of villagers in Bihar`s Nalanda district on Sunday boycotted polling and smashed an electronic voting machine (EVM).

They also damaged the vehicle of a block development officer (BDO).

Meanwhile, a scuffle ensued between two groups after someone went ahead and cast his ballot at booth number 299 in Chandora village of Rajgir block of Nalanda district. Security personnel posted at the polling station were also chased away by the group of protesting villagers.

Shortly after the incident, the district administration rushed in additional forces to bring the situation under control.

Voting is underway for eight seats in Bihar in the seventh and last phase of the Lok Sabha election.

The counting of votes is scheduled for May 23.