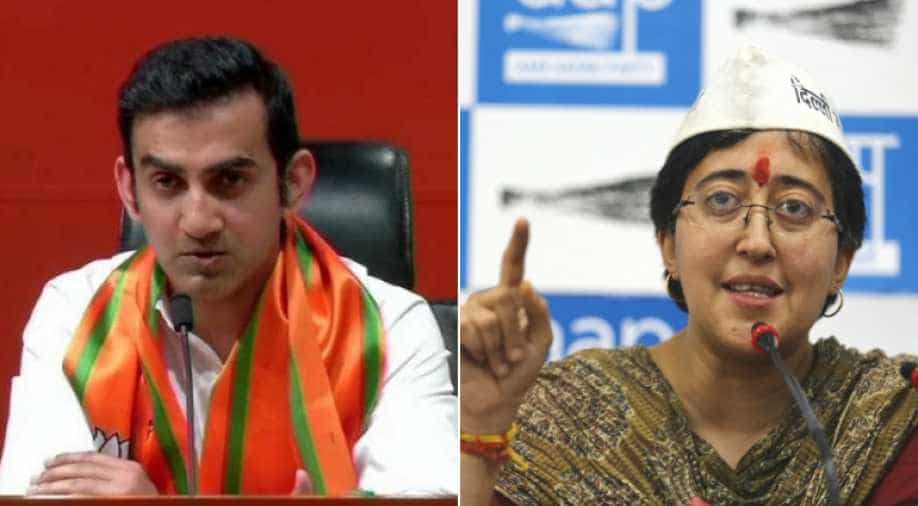 Atishi, the complainant in the case, was asked by the court to appear before it to record her statement in the matter, on next hearing - May 31.

The AAP leader had claimed that Gambhir is a registered voter in Karol Bagh and Rajinder Nagar areas of Delhi.

During a hearing on May 1, Atishi's counsel said, "We have a screenshot of the national voter list. There is one entry of Karol Bagh and on the next page, there is the registration of the voter from Rajendra Nagar.

"Judge Viplav Dabas had then said, "What is the relevance of bringing this case here. You may go to the Election Commission."

On Monday, Atishi, who is facing Gambhir and Arvinder Singh Lovely of the Congress in East Delhi Lok Sabha constituency, wrote to the Returning Officer (RO), accusing Gambhir of repeatedly violating the Model Code of Conduct (MCC).

Atishi had requested the Returning Officer (RO) to take strong action on her complaint and register an FIR against Gambhir.

She also sought a 72 hour-ban on Gambhir from campaigning in the Lok Sabha polls for allegedly violating the Model Code of Conduct (MCC) several times.

Delhi with seven Lok Sabha seats at stake went to polls on May 12. The counting of votes will take place on May 23.