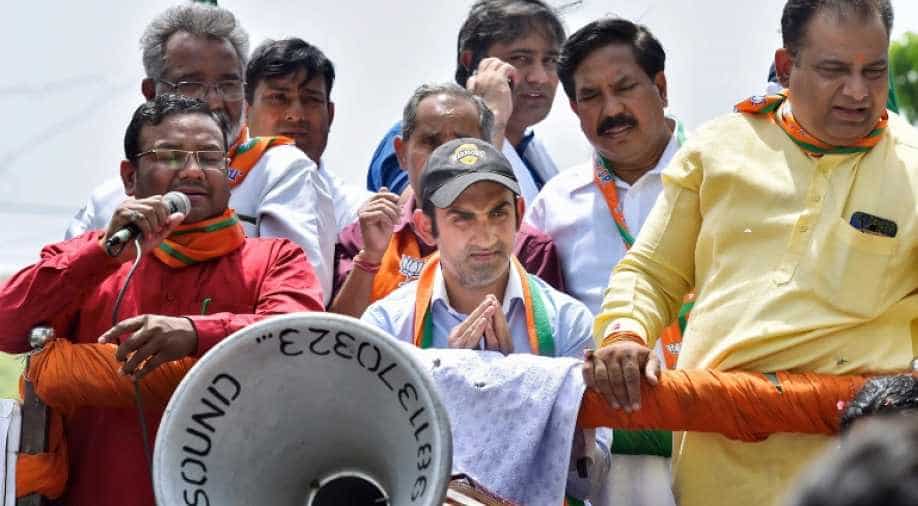 Gautam Gambhir in a roadshow in Delhi. Photograph:( PTI )

Gambhir visited Bangla Sahib gurudwara a day before Delhi is scheduled to go on polling.

Gambhir visited Bangla Sahib gurudwara a day before Delhi is scheduled to go on polling.

"The type of response we have received, I really think the hard work will pay for us. I am new in politics, so I am not aware of the support one gets. The type of hard work we have put in, I think it has paid off for us, rest depends on the people. There`s one message that winning or losing will go on, but one should not stoop so low that you fail to recognise your conscience," he added.

Gambhir has been surrounded by controversy as Aam Aadmi Party (AAP) accused him of distributing defamatory pamphlets targeting his opponent Atishi Marlena.

The AAP leader broke down while addressing a press conference on Thursday, where she along with a party colleague and deputy chief minister Manish Sisodia lashed out at Gambhir.

Soon, Gambhir rubbished the allegations saying if proven guilty, he would quit politics.

He also sent a defamation notice to Atishi, Kejriwal, and Sisodia, demanding an unconditional apology for making "defamatory" comments against him.

AAP, responding to Gambhir`s notice, sent a legal notice to him and the BJP over the derogatory pamphlet.