What got ailing Leicester going? Anger 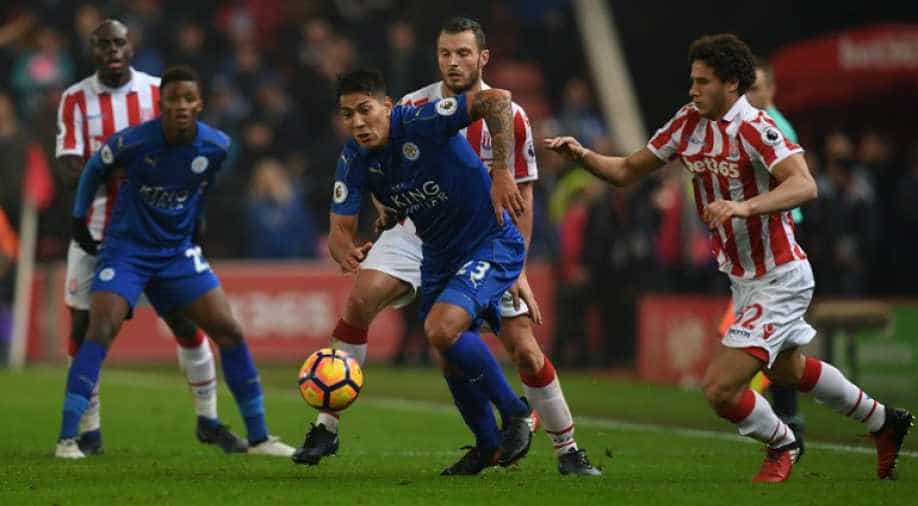 Leicester hopes this draw can turn around a season that has left them flirting dangerously with the relegation scrap -- only three points separate them from third from bottom Sunderland. Photograph:( AFP )

Leicester City host Everton on Monday hoping inspired words from the players can transform a season, not just a match.

The week has revealed how angry exchanges in the dressing room at Stoke City last Saturday helped inspire a second half performance that saw them fight back from 2-0 down with 10 men to claim a 2-2 draw.

Now the Premier League champions hope those irate words, and the subsequent performance, can turn around a season that has left them flirting dangerously with the relegation scrap -- only three points separate them from third from bottom Sunderland.

Goalkeeper Kasper Schmeichel said: “Every now and then, if something needs to be said, I’ll happily say it.

“I was very emotional and very irate at the time and had some things that I wanted to get off my chest.

“I wasn’t the only one -– a lot of people spoke. We've got a dressing room with a lot of leaders in there so we had a good chat and decided that this wasn’t the way the game was going to go.”

“It is important that everybody reacts," said Ranieri.

"Sometimes players speak, sometimes there are leaders on the pitch and it’s important they are linked very well together."

Ranieri added it could prove to be the pivotal moment of their campaign.

“Yes, it could be our turning point but we have to show it in the next three games," said Ranieri.

“In the dressing room there was a fantastic atmosphere.

“The players believed they could get back and they were right.

“You can’t repeat that because there are some moments that are very particular moments that you can’t recreate, but of course the players must understand that the next games are very important for us.

“Always I encourage my players to speak.”

Ranieri will have to cope, however, without striker Jamie Vardy, who is suspended for three games after being sent off against Stoke, whilst defenders Robert Huth and Christian Fuchs will also serve one-match bans against Everton.

And midfielder Danny Drinkwater is still a doubt with a calf injury.

Everton manager Ronald Koeman admits he is uncertain whether Ross Barkley will go on to fulfil his undoubted potential.

Barkley has been tipped for greatness with club and country ever since he burst on to the scene as a raw teenager five years ago.

The midfielder’s attributes as a player have seen him favourably compared to the likes of Paul Gascoigne and Michael Ballack.

But Barkley -- considered fortunate not to be sent off in the Merseyside Derby last Monday for a brutal foul on Jordan Henderson -- has suffered a dip in form this season which has seen him lose his place in the England squad and be dropped to the bench by Koeman.

The Dutchman offered a tentative reply when asked if there was a concern Barkley might never scale the heights for which he seemed destined.

“Ross needs to improve to be the player that maybe everyone expected when he was 18 or 19.

“I had the same stories in Holland with players who, when they were 16 or 17, they were too good in the academy.

“They didn't really have competition but because they were stronger or they were a better player than the rest.

“But then they step up a level and everyone is strong, everybody is a good player, and still you need to make a difference. And that is more difficult.”