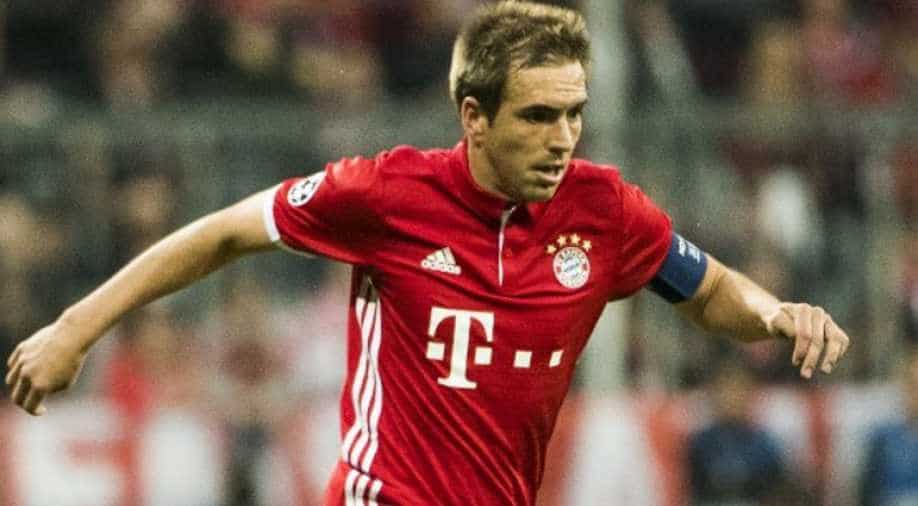 Philipp Lahm will be playing his last game against Freiburg in the Bundesliga on Saturday. Photograph:( Reuters )

Lahm may have just scored four goals for his country but he left an indelible mark on the German team not only as captain but also as a defensive player who held the team together. Even though he had announced his retirement from the national team just after winning the World Cup trophy in 2014, Lahm's decision to quit the game aged just 30 speaks volumes of his achievements both for club & country and more importantly his unique sense of timing in choosing to bow out on a high.

Lahm rose in the German football rank from Bayern Munich's youth team, then graduated through Bayern Munich II - the reserve team of Bayern Munich -  in 2001. After being sent on loan to  VfB Stuttgart, Lahm returned to Bayern in 2005 and did not look back. In a long and cherished career, the former German captain made his 500th appearance for his club in February and soon after announced his retirement.

They say good things come in small packages, the diminutive defensive player measuring just 5.7 foot in height not only kept the midfield at bay but was also responsible for holding the team's backline against some unpredictable attackers. The 33-year-old it seems isn't interested either in the lucrative Chinese or the American league and has reportedly refused to join Bayern's management.

In fact, it seems he wants a break from the game before deciding his next move. After all, with a World Cup in his bag and having achieved the historic 'treble' for Bayern in 2013 under Jupp Heynckes, Lahm deserves a break before we see him in a new avatar.