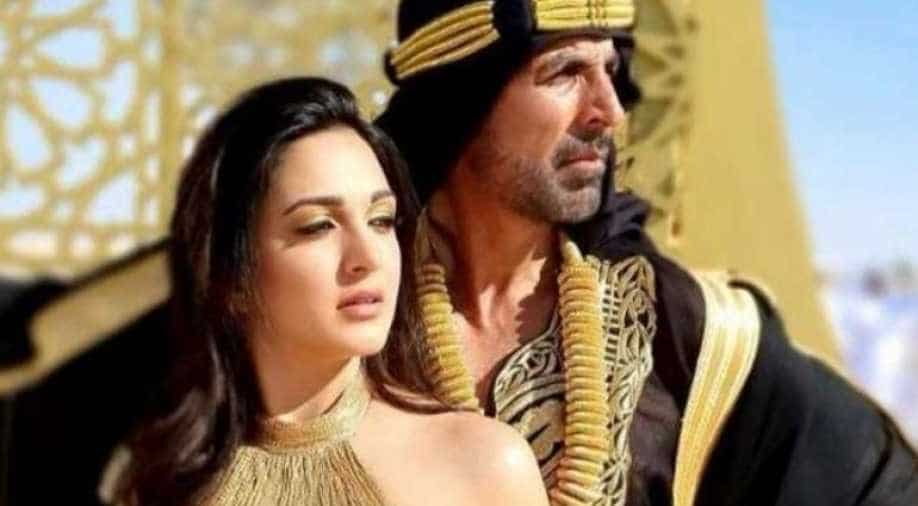 Directed by Raghava Lawrence, 'Laxmmi' Bomb is premiering on Disney+Hotstar on November 9.

Akshay Kumar and Kiara Advani will make you groove from their newly released song 'Burj Khalifa' from 'Laxmmi Bomb'. The dance number shows both of them shaking legs in front of hugely popular Burj Khalifa to the hot desert area.

The song features Akshay in a new young form, where he is giving some insane style statement, the actor can be seen clad in leather pants, onesies, kaftans with big jewellery.

Kiara raises the temperature with her glamorous outfits.

Also read: Raghava Lawrence on why he changed movie title from 'Kanchana' to 'Laxmmi Bomb'

The song is sung and composed by Shashi and Dj Khushi with Nikhita Gandhi lending the female voices. Gagan Ahuja who have penned the lyrics, had given an extra pinch to the song by adding the Kylie Jenner name to the song.

Check out the song here:

Akshay Kumar wrote, "We just dropped the biggest dance track of the year! Get ready to get grooving. Watch #BurjKhalifa, song out now (sic)."

Directed by Raghava Lawrence, 'Laxmmi' Bomb is premiering on Disney+Hotstar on November 9.