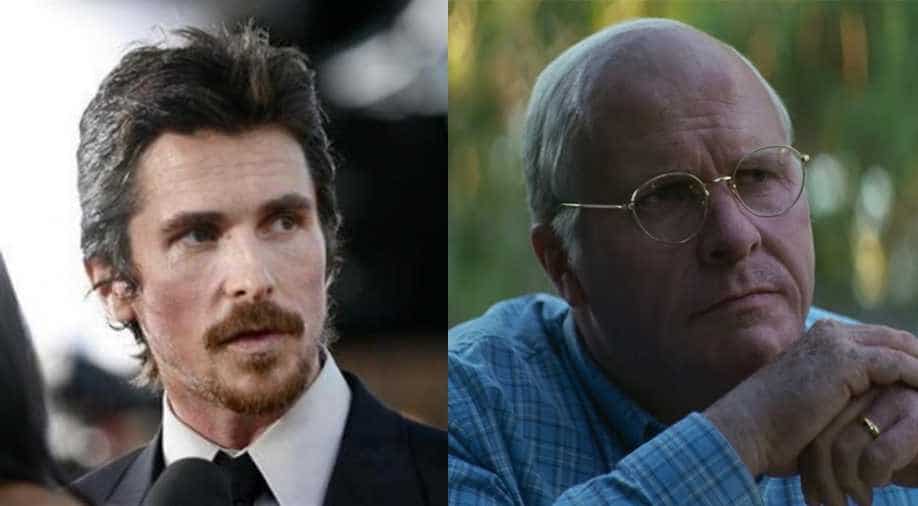 Speaking about his role and the film at the Berlin Film Festival, Bale explained that this is because Cheney exercised his massive power "in the shadows".

Christian Bale has a penchant for creative roles.

The ‘Batman’ star is now nominated for Oscars in Best Actor category for his portrayal of Dick Cheney, the former US Vice President in the Bush administration in the film ‘Vice’. See the complete list of nominees here.

In Photos: Why you must watch all the Best Picture nominees of Oscars 2019

Speaking about his role and the film at the Berlin Film Festival on February 11, Bale feels that the film character he played is much richer than the current US President Donald Trump because Cheney exercised his massive power "in the shadows".  This is what Bale said after meeting Trump.

He added that Cheney had been "phenomenally pivotal for the last few decades in America and global situations in politics".

Comparing the two, Bale said, "Even though he might have led to this era, he's entirely different from Trump in the way that Cheney was always terrible at retail politics and didn't like it at all. With Trump, it seems to be the only thing he likes.”

"Cheney understood the power of silence... Trump can't be accused of that. He enjoyed knowing that true power was being in the shadows and working in that way."

Bale underwent extreme transformation to play Cheney’s part in the film. He gained more than 40 pounds (18 kilogrammes) to play his part. He added that if he was asked to do the same for Trump’s role, he couldn't imagine making the effort as he found his character uninteresting.

He said, "I think there'd be far better people playing Trump, right. You've probably seen some pretty good impersonations of him. But remember those books 'For Dummies'? You'd start with that, wouldn't you? Dictatorship for Dummies. That'd be the beginning."

It was not a cakewalk for Bale to play Cheney too. He said, "In terms of actual consequences of choices made and everything and power -- (Cheney was) far more powerful and terrifying than any other character I've ever come close to playing, any iconic character.”

"One thing that's essential is that you've gotta know you're going to be obsessed with it (a character) for at least three months, otherwise you're going to get bored part-way through filming which wouldn't be good news."

‘Vice’ is nominated for eight Academy Awards including best picture, best actor and best director. The Oscars 2019 will be announced on February 24 (February 25 in India).

In Photos: Christian Bale to Bradley Cooper, Oscars 2019 Best Actor nominees are a bunch of talent!