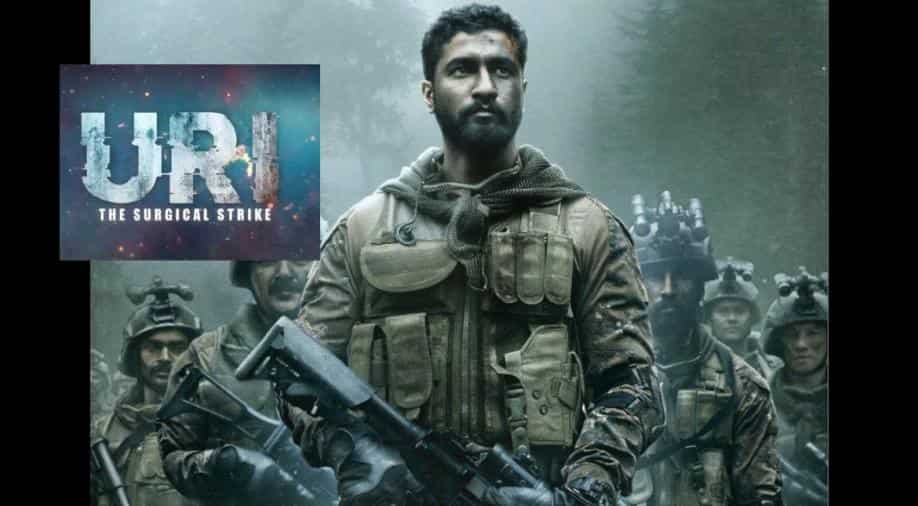 Bollywood actor Vicky Kaushal revealed the date for the trailer of his much-awaited action-thriller 'Uri'.

Teasing his fans and piquing their curiosity, Bollywood actor Vicky Kaushal revealed the date for the trailer of his much-awaited action-thriller 'Uri'.

Taking to his official Twitter handle, the 'Raazi' actor shared a sneak peek of the movie and announced the 'Uri' trailer date.
"Watch the story behind the surgical strike unfold. #URItrailer out on 5th December. @yamigautam @SirPareshRawal @AdityaDharFilms @RonnieScrewvala @RSVPMovies," he tweeted.

In the video, Vicky can be seen in an Army uniform making his way to the surgical attack venue.
Vicky has been promoting his film and building the anticipation in the audience. He had also posted a video on his social media earlier where he was seen dubbing for the movie.

The teaser of the Aditya Dhar directorial has already been released. With powerful sound effects and spectacular visual effects, the film promises a good cinematic experience.

The 'Lust Stories' star, who plays an army officer in the film, underwent extensive training as the movie requires him to pull off some daredevil stunts.

'Uri' is based on the Indian army`s effective Surgical Strikes in Pakistan-occupied Kashmir (PoK) following the attacks in Jammu and Kashmir`s Uri town on September 29, 2016.

The movie, which is being produced by Ronnie Screwvala, also features 'Kaabil' fame Yami Gautam, Paresh Rawal, Kirti Kulhari, and Mohit Raina in pivotal roles. It is slated to hit theatres on January 11 next year.