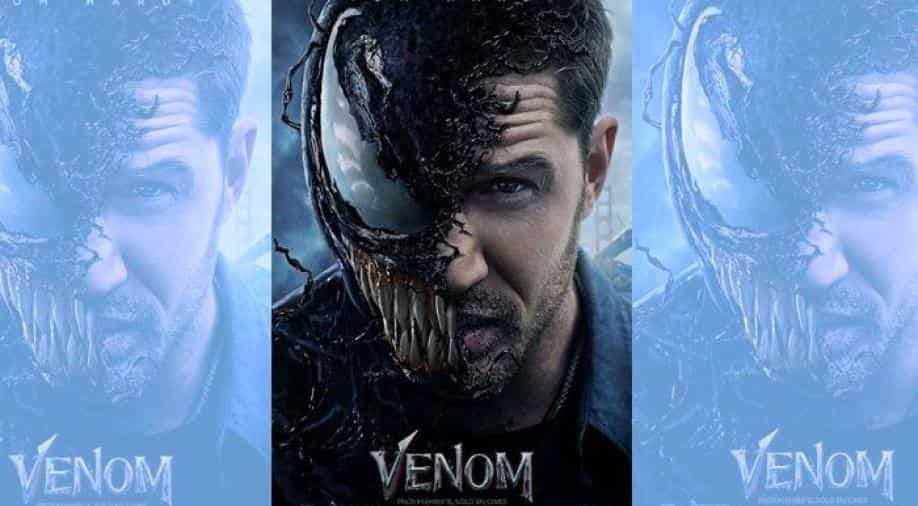 A Spider-Man spinoff, the film stars Tom Hardy as a journalist who becomes the host for an alien symbiote that gives him superpowers.

The film, a Spider-Man spinoff marking the official launch of Sony's Marvel Universe, stars Tom Hardy as a journalist who becomes the host for an alien symbiote that gives him superpowers. This is what prepared Tom for this role.

The character is a villain in the 'Spider-Man' comic book world.

That was enough to break October's opening weekend record by more than $20 million, said another industry tracker, Box Office Mojo.

Another new release took second place. Musical romance 'A Star Is Born' earned $42.9 million over the three-day weekend, Exhibitor Relations said. The third remake of the 1937 film of the same name, it marks Bradley Cooper's directing debut. He also stars as a musician who discovers and falls in love with a young singer played by pop superstar Lady Gaga.

Third place went to Warner Bros's 'Smallfoot,' with earnings of $14.4 million in its second weekend. The comic family animation tells the story of a group of Yeti who come across a human, with voicing by Channing Tatum, LeBron James and Danny DeVito.

The raucous comedy stars Kevin Hart as one student in a class of misfits working toward high school diplomas under the firm tutelage of Tiffany Haddish.

Fifth place went to Universal's family-friendly offering 'The House With a Clock in Its Walls,' which slipped from third place last weekend with takings of $7.3 million.

Rounding out this weekend's top 10 were: