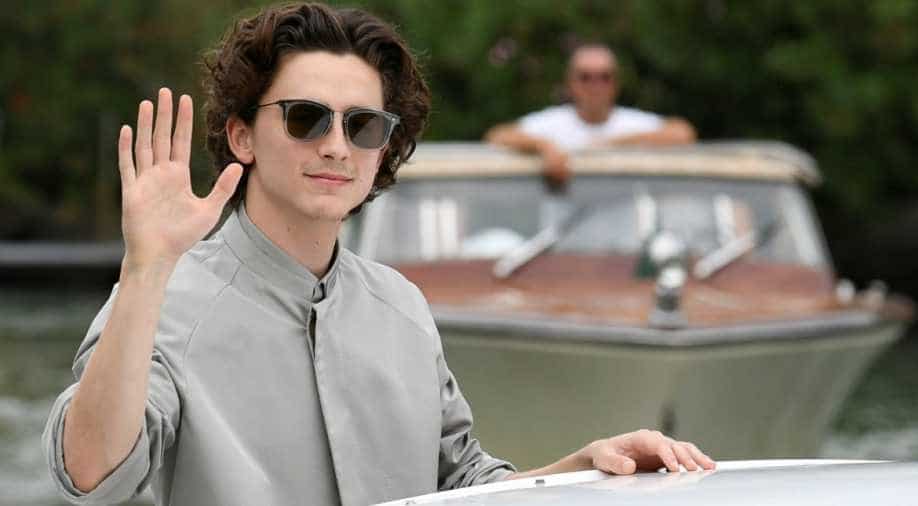 Timothée Chalamet made his SNL hosting debut this weekend with musical guest Bruce Springsteen and the E Street Band.

"It is a huge honour to be hosting Saturday Night Live in New York City! Man, I'm so happy to be here. I'm from New York, I live in New York. I actually grew up in an arts building in Hell's Kitchen about 12 minutes from here. Before I was born, my mom was a dance teacher but on occasion, she would do background work on Saturday Night Live. In fact, we have a clip of her in a Dana Carvey and Chris Farley sketch 'Massive Head Wound Harry,' " Chalamet said before the November 1991 footage, starring guest host Linda Hamilton, aired.

"Yup, that's my mom! She almost got spit on by Chris Farley. She's the reason I'm alive, she's the reason I have an acting career. Mom, I love you," he said, giving a shout-out to his mom Nicole, who was in the audience.

Chalamet also showcased his vocal talents when he sang a song in a pre-taped sketch called 'Tiny Horse' with Beck Bennett.

Chloe Fineman ran into Chalamet during last week's Jason Bateman-hosted episode. The actor has impersonated Chalamet on SNL before.

"He was at the show on Saturday secretly, undercover with a hat and a mask — as you should be in a mask — and he was like, 'We should figure something out,' " she recalled during her appearance on the Tonight Show Starring Jimmy Fallon.