'This Is Us' latest episode had an incredible, true-story of an Indian engineer 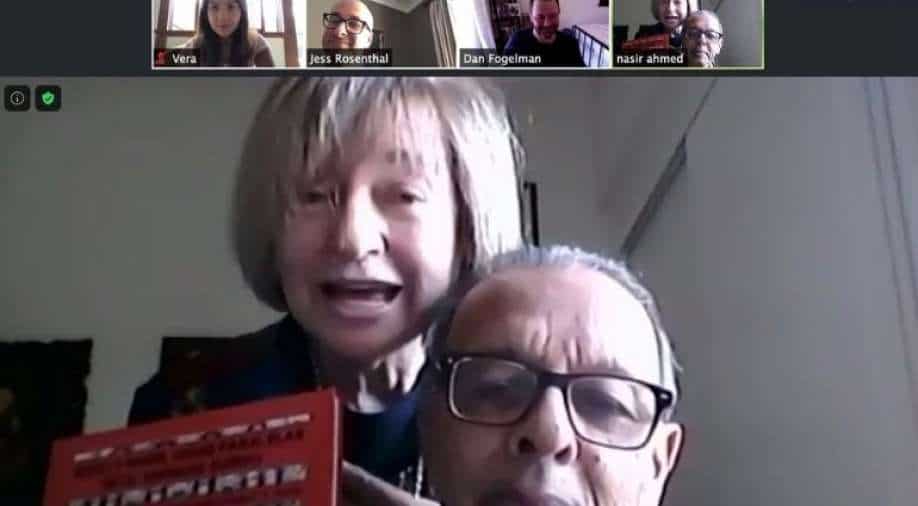 At the end of the latest season 5 episode, entitled 'In the Room,' the writers paid tribute to Nasir and Esther right before the credits rolled. Sharing a collection of photos of the couple, the writers wrote, "You don't know his name, but Nasir and his team are responsible for keeping us connected today."

As 'This Is Us' fans waited with bated breath to see if Kevin Pearson (Justin Hartley) would make it back to his fiance in time to witness the birth of their twins, the writers introduced an incredible true-storyline of an individual not many know about.

An electrical engineer from India named Nasir and his outspoken partner, Esther Ahmed found themselves in between the Pearson household, as they witnessed the birth of Kevin's twins and Kate's adopted daughter, whilst in the middle of a pandemic. As technology played a pivotal role in our beloved characters' important moments, the makers decided to dive a bit into the life of the man who made video-calling possible.

When we first meet them, Esther is immediately drawn to Nasir's ambition, though she later struggles to understand what is keeping her husband at the office so late at night. While it's initially unclear how Nasir and Esther are connected to the Pearsons, in true This Is Us fashion, everything comes together at the very end of the episode.

At the end of the latest season 5 episode, entitled 'In the Room,' the writers paid tribute to Nasir and Esther right before the credits rolled. Sharing a collection of photos of the couple, the writers wrote, "You don't know his name, but Nasir and his team are responsible for keeping us connected today."

Who is Nasir Ahmed

In the show, Nasir and Esther meet each other in Albuquerque, New Mexico, which is where Nasir spent much of his career. After earning his B.S. at the University College of Engineering in Bangalore, India in 1961, his bio in Orthogonal Transforms for Digital Signal Processing reveals that Nasir pursued both his M.S. and Ph.D. at the University of New Mexico in Albuquerque. Nasir is Professor Emeritus of electrical and computer engineering at the University of New Mexico. His LinkedIn page clarifies that Nasir worked for the university for nearly 18 years before retiring in 2001.

Today, Nasir is perhaps best known for leading a group of researchers in the mid-1970s to develop what is called Discrete Cosine Transform (DCT), a technological technique that helped make image sharing and video-conferencing possible. Nasir and his team's work on DCT are used in numerous commercial applications, including high-definition digital TVs, teleconferencing, and other image-sharing platforms.

How it came together in 'This Is Us'

After the latest season 5 episode aired, writer Vera Herbert talked to People about what it was like speaking with Nasir and Esther and writing an episode highlighting their real-life story. Apparently, the writers were able to connect with Nasir and Esther last August while they were quarantining in Argentina.

"All we knew was Nasir created this programming technique and so we set up the Zoom with him," Vera revealed."Every time we asked a question, his wife, Esther, would, kind of, weigh-in from off-screen and was very close to the Zoom, not technically on the Zoom. Finally, [show creator Dan Fogelman] was like, 'Does your wife want to join too?' Then she fully became part of the Zoom. She's so supportive and calls Nasir a genius."

Instead of just making it a story about Nasir, the show in the true fashion found the family and love part of his life and presented in a heart-tugging way, how his incredible contribution connected not just the Pearsons but, you and I, with our loved ones during the pandemic.