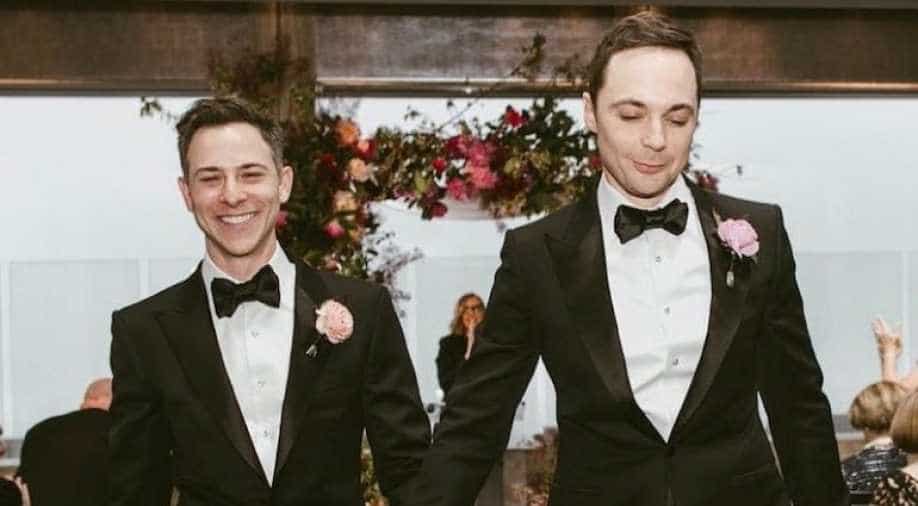 Jim Parsons and his husband Todd Spiewak, battled with coronavirus in the middle of March. The 'Big Bang Theory' star revealed the news during his appearance on 'The Tonight Show with Jimmy Fallon' recently.

During the interaction, he confessed that they began with the cold and the couple realised, that they just had a cold before they lost their sense of taste and smell.

night session at @usopen ! thank you for having us @tennischannel it’s a lotta fun 🎾 ❤️ Go @tay_taytownsend !

"Yeah, we had it. Todd and I both had it early on, it was like the middle of March. We didn't know what it was. We thought we had colds. And then, it seemed less likely and then finally we lost our sense of smell and taste," he said.

"For me, I didn't realise how completely taste and smell could be gone, and when you're in quarantine and there is really nothing to do but eat, 'Oh my God, that was brutal'," Jim further added.

Jim gained worldwide recognition with his role as Sheldon Cooper in one of the most iconic sitcoms ever 'The Big Bang Theory'. The show came to an end in 2019 after 12 seasons

When asked about what life was after the show ended, Parsons said, ''It reminds me when someone died or passes and it feels so monumental for a moment and you think it’s never going to end then nine months go by and you're like 'life carries on'. It was bittersweet when it ended but I feel fine.''