'The Aeronauts' premieres in Toronto amid concerns about streaming services 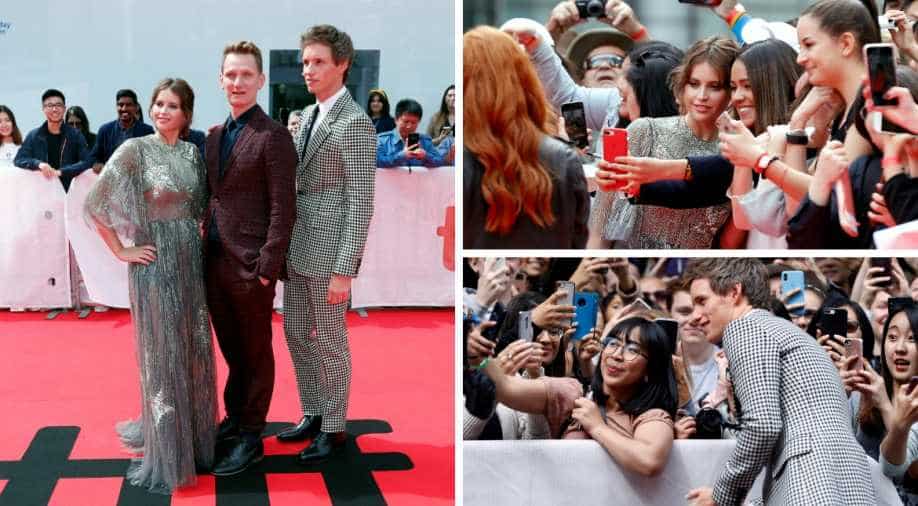 'The Aeronauts' story is based on Sept. 5, 1862, hot-air balloon expedition by Glaisher and balloonist Henry Coxwell which broke the world record for flight altitude.

'The Aeronauts' had its Toronto International Film Festival premiere on Sunday amid concerns about the impact of streaming service providers on the traditional theatrical-release model.

It will have a mere two-week run in theatres starting Dec. 6, before launching on Amazon Prime Video, a shift from an earlier plan to debut the film exclusively in IMAX Corporation theatres for a week before a Nov. 1 theatrical release.

"It's all changed, isn't it," Redmayne said to Reuters on the red carpet on Sunday, saying that streaming services like Amazon give access to people who do not live near cinemas or cannot get to them.

"But obviously, I still love the experience of sitting in a dark room with other people and being bombarded with stories that you experience as a community," he said. "So I hope there's room for both."

For the first time, Cineplex Entertainment's 14-screen Scotiabank Theatre, one of the festival venues, is not screening any of Netflix's eight productions or Amazon Studios' seven films.

Cineplex prefers to screen movies from studios "who understand and appreciate the importance of the theatrical release model," a Cineplex spokeswoman said in an emailed statement.

Netflix pulled out of May's Cannes Film Festival after organizers banned its films from competition for its refusal to release them in cinemas.

"I've made so many films that they just don't get seen that it's so lovely to be making something that you know it's so easy to access and people all over the world will be able to see it," Jones said on the red carpet.

'The Aeronauts' story is based on Sept. 5, 1862, hot-air balloon expedition by Glaisher and balloonist Henry Coxwell which broke the world record for flight altitude.

Redmayne and Jones co-starred in "The Theory of Everything," for which Redmayne won an Oscar for his portrayal of physicist Stephen Hawking. Jones, who played Hawking's ex-wife Jane, was nominated for an Oscar.

"We're old friends," Jones said. "I think we really push each other. We probably drive each other crazy. We're both meticulous and detail oriented and we don't stop until we feel that we've done something special."