Thank you, Shah Rukh Khan: Indonesian actor dedicates award to superstar; gets an epic reply from SRK himself 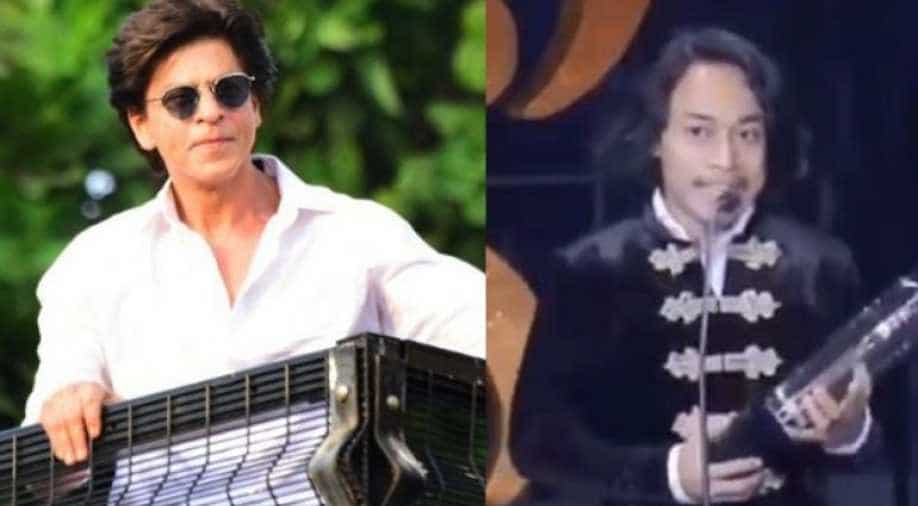 It's a well-known fact that Bollywood superstar Shah Rukh Khan has a huge fan following- not just in India but outside of the country as well. With his films and innumerable characters that he has portrayed on the screen, King Khan has inspired a generation to take up acting and chase one's dream. A point in case, Indonesian actor Muhammad Khan.

Muhammad recently won an award at the 2019 Citra Awards and in his acceptance speech, thanked and dedicated the award to King Khan. Muhammad was honoured with the Piala Citra- an award for best actor in a leading role.

Calling SRK his inspiration, the Indonesian actor said, "I would like to thank the one and only King Khan. Shah Rukh Khan, I hope you are going to watch this video." Muhammad then broke into Hindi and said, "Shah Rukh ji, main tumse kuch kehna chahta hoon. Mujhe tumse bohat, bohat pyaar ho gaya hai."

"I dedicate this award to King Khan. You are the reason why I became an actor. I hope I can meet you": Muhammad Khan (an Indonesian new actor who won Piala Citra for Best Actor in a Leading Role).

"Actually, you are the reason why I wanted to become an actor when I was 10. So, tonight, I would like to share this award with you as well. And I hope I can meet you one day," Muhammad Khan added.

The actor even sang a line of 'Mere Mehboob Mere Sanam' - a song from SRK's 1998 film 'Duplicate' while the crowd cheered Muhammad all along.

A fan account shared the video on Twitter and soon enough SRK himself retweeted it and wished Muhammad.  "I am so glad for your success. Will meet you soon. Have a good life and keep feeling as an actor....& Thks everyone for bringing this to my notice," the superstar wrote.

I am so glad for your success. Will meet you soon. Have a good life and keep feeling as an actor....& Thks everyone for bringing this to my notice. https://t.co/hJMZetKn4j

Khan, who has been part of blockbuster films like 'Dilwale Dulhania Le Jayenge', 'Kuch Kuch Hota Hai', 'Baazigar' and 'Om Shanti Om' continues to rule hearts of millions of fans across the globe. He may not have had a hit last year but King Khan's popularity remains unmatched.