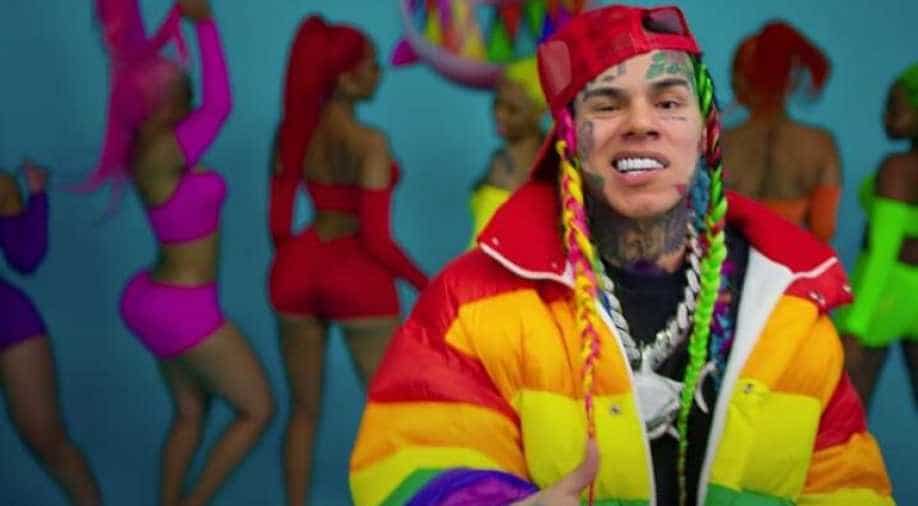 American rapper Tekashi 6ix9ine has released a new music video after his release from prison.

According to a news agency, On Friday the rapper on his Twitter account announced his new song titled `Gooba`. "IM BACK HAHA THEY MAD GOOBA OUT NOW," he tweeted.

The `Bebe` rapper whose real name is Daniel Hernandez, has returned to the music world in a second. He wrote, "I`m still the King of New York" along with a screenshot from his Instagram proving that 2 million users were watching his live video on the social media platform.

The music video of the new song `Gooba` has been an instant hit as it attracted over 36 million views on YouTube by Saturday.

In the video, the rapper is donned in his signature rainbow braids and a colourful jacket

He got an early release from the prison in April, about four months before the end of his 2-year sentence, as he sufferes from severe asthma that made him vulnerable to the coronavirus. He is serving the remainder of his sentence at home.
He was sentenced late last year on charges related to gang activity in New York but received a reduced sentence for his cooperation.