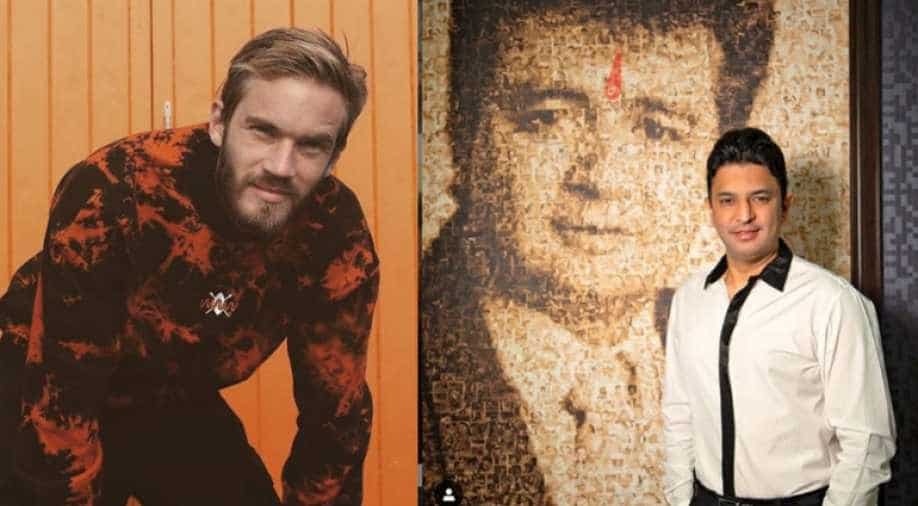 PewDiePie and T-Series have been battling for the past 6 months to get the title of most subscribed channel on YouTube. Photograph:( Zee News Network )

The battle that had been on between PewDiePie and T Series for the past 6 months came to an end over the weekend as PewDiePie whose real name is Felix Kjellberg, conceded defeat with a parody video.

PewDiePie is officially out of the race as Bhushan Kumar's T- Series has become the world’s no. 1 YouTube channel defeating the Swedish Youtuber with staggering margin.

According to a report in DNA, the T-series office celebrated the win in a small, intimate way at their Mumbai office on Saturday.

The battle, that had been on between PewDiePie and T Series for the past 6 months, came to an end over the weekend as PewDiePie whose real name is Felix Kjellberg, conceded defeat with a parody video. He even congratulated T-Series, which started of as music label and eventually became India's top production house. PewDiePie's channel, in fact,  has been the top channel on YouTube since 2013.

The phrase ‘Subscribe to PewDiePie’ became a meme when many creators started dropping it in their videos in August last year. To match up to the Swedish Youtuber's ever-growing fan following, T-Series had several big league Bollywood stars campaigning for them on social media, urging fans to subscribe to the channel and to put India on the world map.

PewDiePie had himself been campaigning for his channel and was seen often posting videos talking about his moves and how he would reign supreme in the battle. So it seemed natural that he also made a video on Sunday congratulating T-series for its win. The video has PewDiePie doing a parody rap as he calls the record label 'amazing'.  The rap though takes a jibe at some issues that India has been facing for years- poverty and the caste system.

Earlier PewDiePie with the help of fans came up with several ideas to stop T-Series from occupying the top spot – some of which include hacking worldwide printers and Chromecasts, defacing Wall Street Journal website and historic monuments and so on.