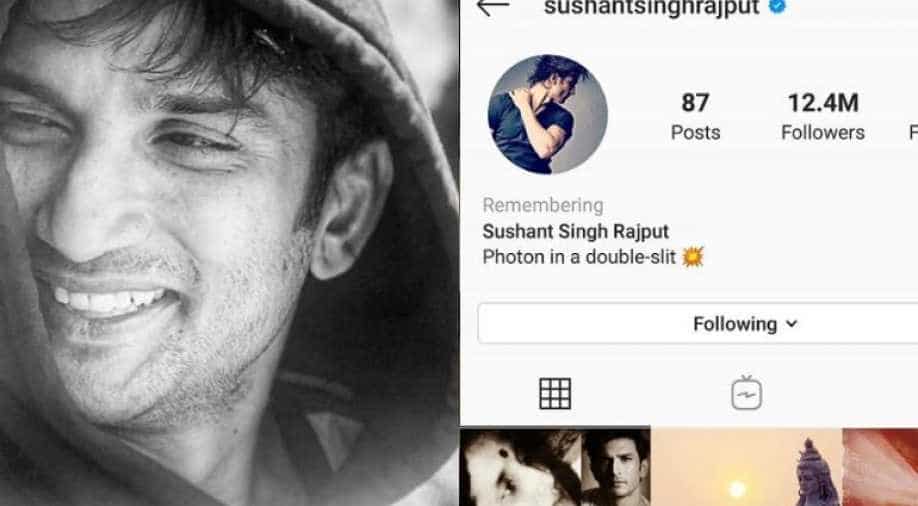 Sushant Singh Rajput's untimely death on June 14 has left the entire nation in a shock.

His fans would agree that the actor has left us but his memories will last forever.

When the feature is added,  a 'Remembering’ word is seen in a bio of the person's account and nobody else will be allowed to log in to this account or make changes to the photos or videos uploaded on that account and the accounts don't appear in certain places on Instagram, like Explore.

The actor died by suicide at his Bandra residence. Meanwhile, investigations in the demise of the actor is currently underway.

In pics: From Flight simulator to land on Moon: Extravagant things that Sushant Singh Rajput owned

The actor is survived by four sisters and his father KK Singh. His last rites took place in Vile Parle, Mumbai and his ashes were immersed in Ganga in Patna, Bihar.