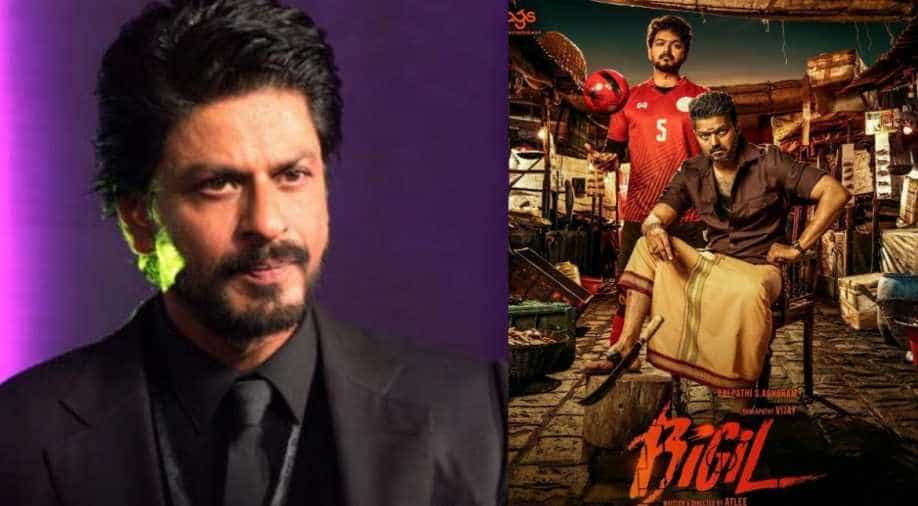 Professionally, Khan has taken some time off movies after the debacle that 'Zero' was.

If all goes well then we might just get to see Shah Rukh Khan in a Tamil film, one he has never been a part of.

According to reports, Shah Rukh has been approached for a special appearance in Thalapathy’s ‘Bigil.’ As per a published report, a source close to the film was quoted, “They approached Shah Rukh Khan with the request. Shah Rukh has never done any Tamil film before. But, this is just to shake a leg with Vijay to an AR Rahman’s tune.”

Those who have followed Shah Rukh’s filmography would know that the megastar has done 32 cameo appearances till now.

The actor is yet to confirm any project in Hindi too after the debacle that his last release ‘Zero’ was in which he starred as a vertically challenged man along with Katrina Kaif and Anushka Sharma. On taking some time off from work and not signing anything, he said earlier, “I have no film with me right now. I am not working on any film. Usually what happens is when your one film is coming to an end, you begin work on your next film and I get involved within 3-4 months.

But this time, I am just not feeling like…My heart doesn’t allow me to..I just felt that I should rather take time out, watch films, listen to stories and read more books.”

We hope Shah Rukh makes up his mind soon and we get to see him on the screen with something exciting!