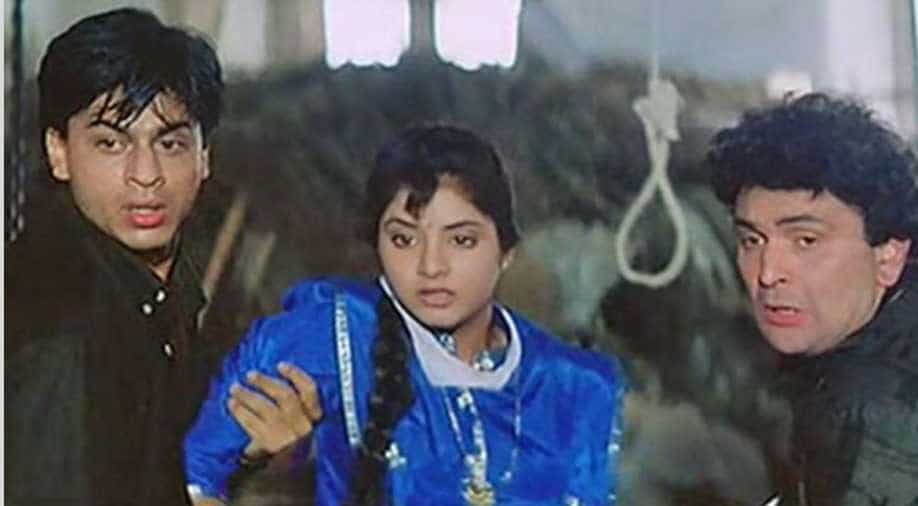 Having worked in his first film with Rishi Kapoor, 1992's ‘Deewana’, Shah Rukh shared details of how he felt while shooting opposite a star.

He saved it for the last as Shah Rukh Khan paid a rich tribute to his first co-actor Rishi Kapoor who died at the age of 67 in Mumbai.

After hordes of messages for the Kapoor family and Bollywood fraternity honouring Rishi Kapoor for his work in the industry and being a friend to almost everyone, Shah Rukh Khan took out his pen and paper for something that will make you teary-eyed.

Having worked in his first film with Rishi Kapoor, 1992's ‘Deewana’, Shah Rukh shared details of how he felt while shooting opposite a star. In his post he wrote, "I was insecure about the way I looked and afraid that I was not talented enough. The thought of failing meant nothing though, because even if I failed I would have worked with the greatest actor I knew of - Rishi sahib.”

"On the first day of shoot, he sat for my scene to finish after pack up. Then with that famously radiant smile on his face, he said, "yaar tujhme energy bahut hai! That day in my head I became an actor. I will miss him for many things but more than all of them, I will miss him for the gentle pat on my head every time we met. I will keep it in my heart always as the 'aashirwaad' that made me who I am today."

Heartfelt condolences to the Kapoor khandaan. May Allah give you all the strength to deal with your loss.

‘Deewana’ paired Shah Rukh Khan opposite Divya Bharti, who was the biggest Hindi film heroine of the time. She, however, died tragically the next year.

David Letterman isn’t here to cheer you up this time

Hugh Grant thinks mobile phones are 'toxic and killing us'