Saturday Night Live turns into a courtroom for Jonas Brothers 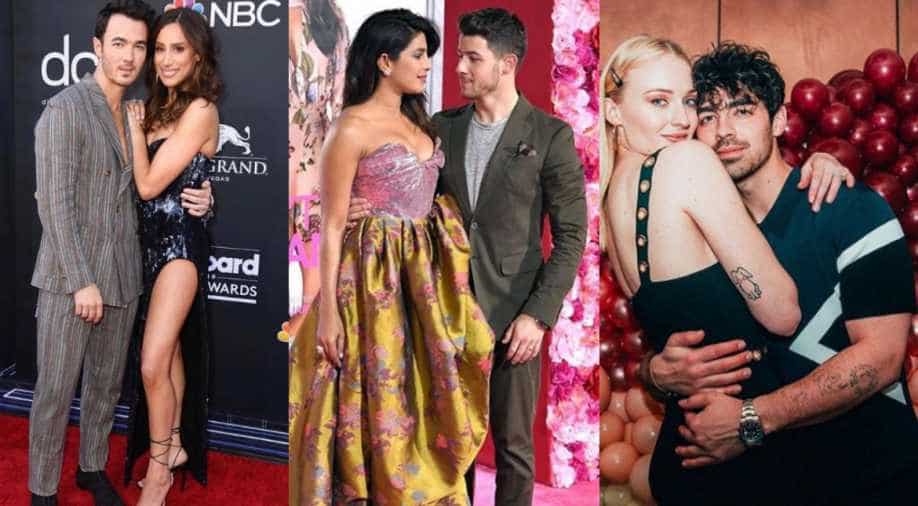 'Chasing Happiness` which will release on Amazon's OTT platform on June 4.

The recent `Saturday Night Live` episode turned into a courtroom for Jonas Brothers, as they took part in a parody called Judge`s Court.

According to The Hollywood Reporter, the brothers played defendants who turned a house into ruins during a party.

Jonas Brothers made their first appearance on the show in 2009.

On Saturday, they enthusiastically took the show to the next level as they buckle up for their upcoming album `Happiness Begins`.

After the courtroom drama was over, Nick, Kevin and Joe changed into scarlet costumes to perform `Sucker`, the track they dropped after a hiatus of nearly six years.

The official Instagram handle of the show shared a clip which marked the entry of Jonas Brothers with their wives. "Wait for it..." the post was captioned.

Kevin was the first to enter the room and was later joined by wife Danielle.

Next to walk in was Nick Jonas with his wife Priyanka Chopra and after over an hour, Joe Jonas made an entry with wife Sophie Turner.

Priyanka, who is always in awe of the trio, shared a picture of the brothers holding a poster which read, "Once Again Jonas Brothers!" "You guys killed it at nbc snl ! Wow! So proud !" Priyanka captioned the post.

Apart from songs, fans will also get to see a documentary `Chasing Happiness` which will release on Amazon Prime Video on June 4.