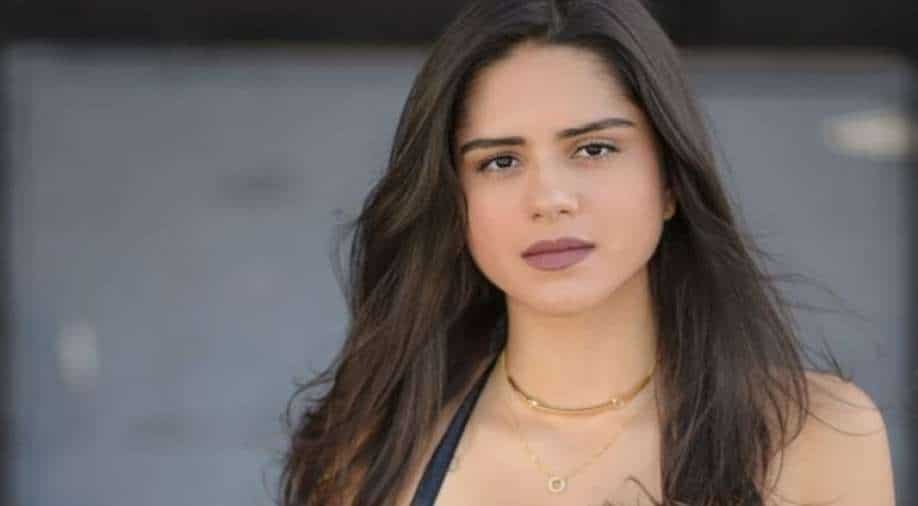 Sasha Calle had received a Daytime Emmy nomination last year for `The Young and the Restless`, in which she played the role of Lola Rosales.

Meet DC Universe`s new Supergirl! Daytime Emmy-nominated actor Sasha Calle has nabbed the role as the DC Comics hero and will make her film debut in the upcoming instalment titled 'The Flash'.

Ace director Andy Muschietti, who is helming the forthcoming film, confirmed the news on Instagram. In an emotional video posted on the photo-sharing application by Muschietti, Calle found out on camera that she has nabbed the role. The actor, who was in tears, said, "Little me would be like, `No way`. I`m probably not going to stop crying all day."Sharing the video, Muschietti captioned, "Been doing a lot of flashbacks lately but today is about a Flash forward. #TheFlashMovie @sashacalle."

As per Variety, Muschietti reportedly auditioned more than 400 actors prior to casting Calle, the first Latina star ever to portray Supergirl. In DC canon, several actors have donned the red and blue Spandex, starting with Helen Slater in the 1984 Warner Bros. movie, Laura Vandervoort on the CW series `Smallville` and most recently Melissa Benoist on the Warner Bros. TV series of the same name.

'The Flash' will mark Calle`s first film role. She had received a Daytime Emmy nomination last year for `The Young and the Restless`, in which she played the role of Lola Rosales. The film, the first standalone adventure for the `Flash` following appearances in `Justice League` and `Batman v. Superman: Dawn of Justice`, features Ezra Miller as the eponymous speedster known as Barry Allen.

The DC Extended Universe entry has been in the works for some time now, having suffered several setbacks since it was originally expected to hit theatres years ago.`The Flash` was further knocked by the ongoing coronavirus pandemic, which forced the studio to postpone production. The film is currently scheduled to begin shooting in 2021.

Apart from Calle and Miller, `The Flash` will include appearances by actors Ben Affleck and Michael Keaton, who will reprise their roles of Batman from separate films.`The Flash` will unfold in a multiverse, which involves several dimensions that exist simultaneously and allow different versions of the same character to exist concurrently -- and occasionally overlap.

Christina Hodson, who wrote for movies like `Transformers` spinoff `Bumblebee` and `Birds of Prey`, has penned the latest version of the script. Muschietti, widely known for directing `It` and the sequel `It: Chapter Two`, boarded the film after John Francis Daley and Jonathan Goldstein, and Rick Famuyiwa separately parted ways.`The Flash` is slated to release on November 4, 2022.