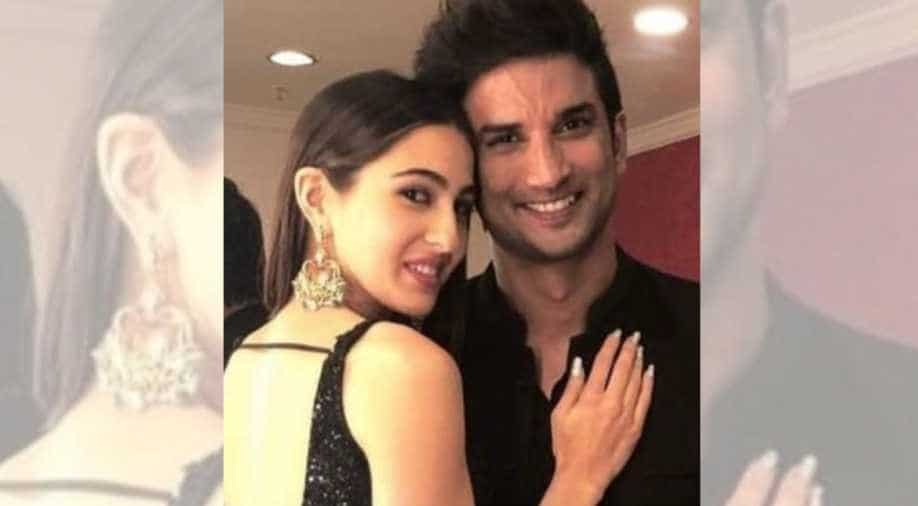 After Sushant was found hanging in his Bandra apartment, Sara shared a BTS photo of them from their ‘Kedarnath’ set.

Bollywood lost one of its promising actors yesterday as Sushant Singh Rajput died by suicide at the age of 34. As posts of tribute poured in from various entertainment industries, Sara Ali Khan who debuted alongside Sushant in ‘Kedarnath’ shared a sweet post for him.

Her first co-star, Sushant Singh Rajput was also rumoured to have dated her while they shot for the film.

After Sushant was found hanging in his Bandra apartment, Sara shared a BTS photo of them from their ‘Kedarnath’ set in which both the actors laughed over something.

Sara did not caption the post anything apart from his name and a heartbreak emoji.

Sushant Singh Rajput's 50 dreams: From sending kids to NASA to taking a trip to Antarctica

Sushant was found hanging at his home by his domestic help, who alerted the police, IANS reports. A team of police officials rushed to his house to investigate. No suicide note has been found, the police said.

The last rites will be performed after his father and other family members arrive in Mumbai from Patna tomorrow. His management team shared a statement with fans that read: “It pains us to share that Sushant Singh Rajput is no longer with us. We request his fans to keep him in their thoughts and celebrate his life, and his work like they have done so far. We request media to help us maintain privacy at this moment of grief.”

'He loved me so much': Shah Rukh Khan writes a warm tribute for Sushant