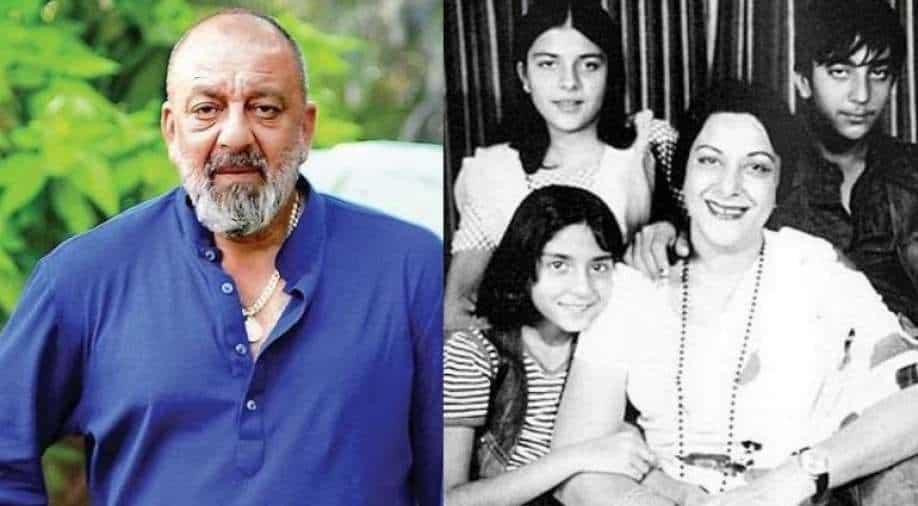 Remembering his late mother Nargis Dutt on what would have been her 92nd birth anniversary, Bollywood star Sanjay Dutt shared priceless monochromatic pictures from his family album on social media.

The `Khal Nayak` actor took to his Instagram handle and shared a series of pictures that featured some of the cherished moments spent among his family members when both his mother and father, Sunil Dutt were alive.

The first snap is a childhood picture of Sanjay where he is seen posing with his late mother and two sisters, Namrata Dutt and Priya Dutt. The rest of the two pictures showcase the candid and happy moments captured between Sanjay`s parents.

Missing his mother on the special day, the 61-year-old actor wrote, "There`s nobody else like you. Happy Birthday, Maa."

On a related note, Sanjay shared a special bond with his mother, Nargis, the silver screen beauty from the 1940s to 1960s, who is best known for her phenomenal role in her Oscar-nominated 1957 film `Mother India`.She also featured in 51 films including the epic classics like `Barsaat`, `Shree 420`, `Andaz`, `Awara`, and `Raat Aur Din`.

She was diagnosed with pancreatic cancer and died on May 3, 1981.

Meanwhile, on the work front, the `Kalank` star who was last seen in `Sadak 2` with Alia Bhatt and Aditya Roy Kapoor, will be soon seen in action-drama `KGF Chapter 2`, and action-adventure `Shamshera` alongside Ranbir Kapoor and Vaani Kapoor.

He also has Aditya Chopra`s `Prithviraj` that will also feature Akshay Kumar and Manushi Chillar in the pipeline.