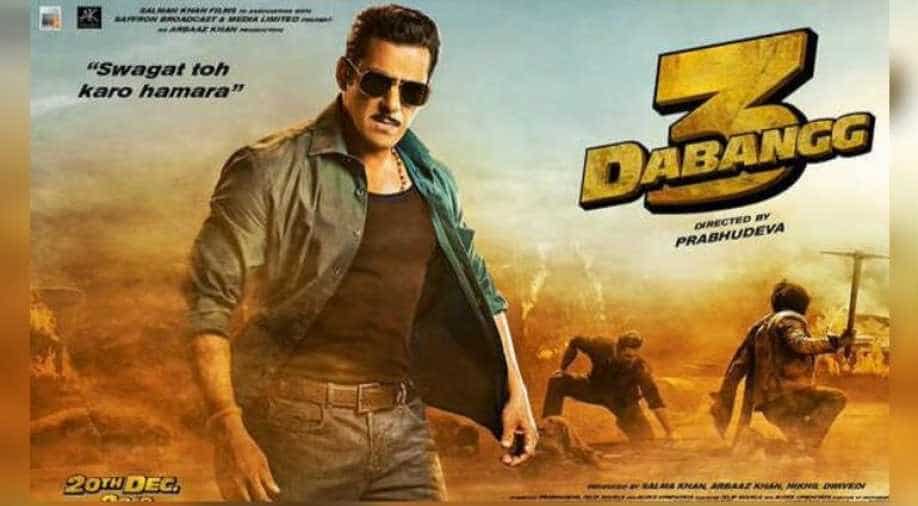 Bollywood actor Salman Khan on Tuesday released the teaser of his much-awaited film 'Dabangg 3' in which he will be again seen as everyone's favourite, Chulbul Robinhood Pandey.

Khan's dialogues in the teaser clearly indicated that the actor will be doing the promotion for 'Dabangg 3' as his character in film, Chulbul Robinhood Pandey and not as Salman Khan.

in the teaser he can also be seen doing his famous hook step from the movie and delivering 'Swagat toh karo humara' dialogue.

Khan who is in love with his character from the upcoming film has changed his Twitter profile name to Chulbul Panday. 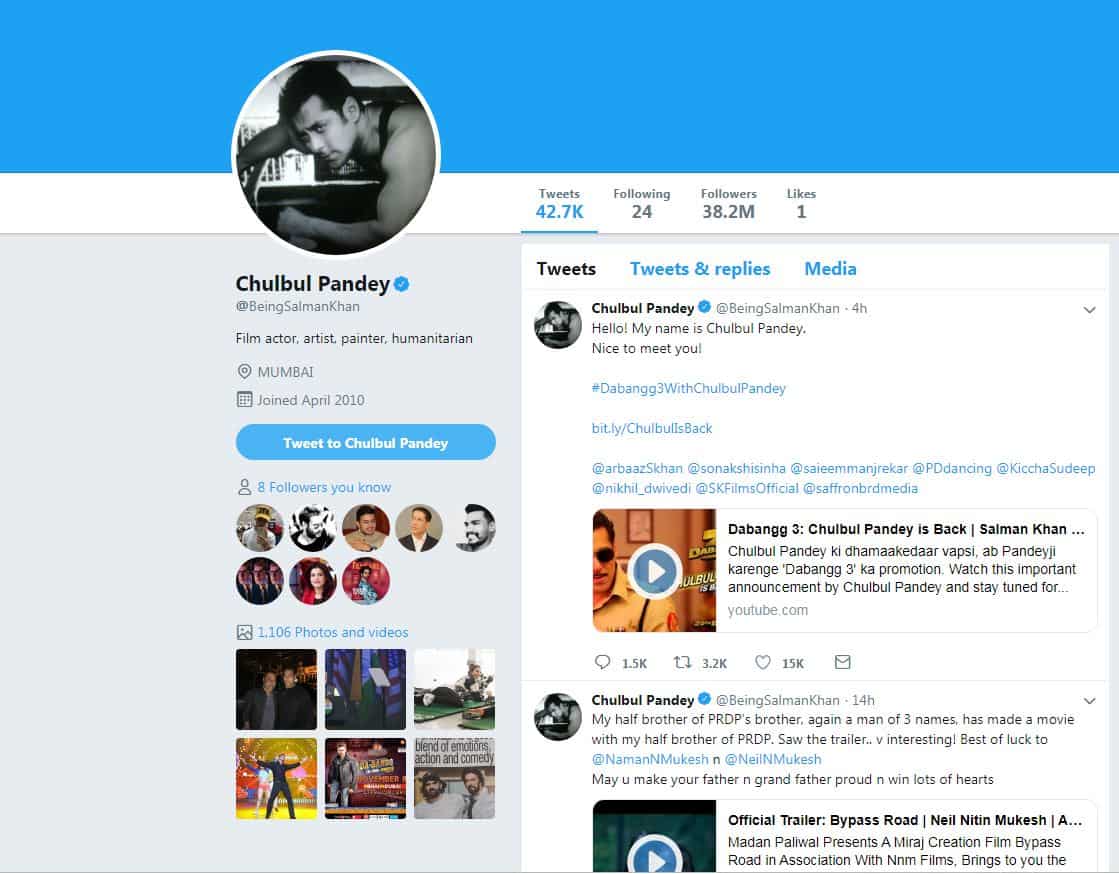 "Hello! My name is Chulbul Pandey. Nice to meet you!" he wrote while sharing the teaser.

The film also stars Sonakshi Sinha as a character named, Rajjo. The third film in the Dabangg series is directed by Prabhudheva.

As per media reports, Arbaaz will once again be seen playing Makkhi in the film. The movie is being produced under the banner of Salman Khan Films and Arbaaz Khan Production.

It is scheduled to release on December 20, this year.