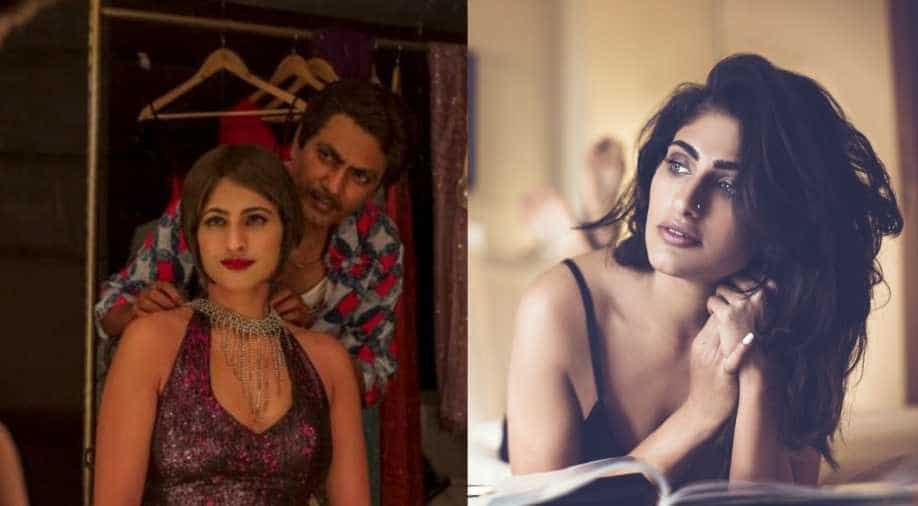 Sandeep Vanga Reddy also directed the Telugu hit ‘Arjun Reddy’. The film was later given a Hindi makeover in the form of ‘Kabir Singh’.

Kubbra Sait has now joined other celebs to criticise filmmaker Sandeep Vanga Reddy after he defended the slap scene in his latest film ‘Kabir Singh’ starring Shahid Kapoor in the lead.

Sandeep recently in an interview with film critic Anupama Chopra was asked about why he made a film that was high on toxic masculinity, to which he said, “When you are deeply in love and deeply connected to a woman (and vice versa), if you don’t have the liberty of slapping each other, then I don’t see anything there.”

The ‘Sacred Games’ star then took to Twitter to share what she thought about his definition of being in love. She posted a video with filmmaker Goldie Behl and wrote, “This is what love will look like if men and WOMEN are taught that slapping is being emotional.”

The two could be seen in a slow-mo video, in which Kubbra and Goldie are seen on a dim-lit terrace, slapping each other with their hands covered in oven mittens.

This is what love will look like if men and WOMEN are taught that slapping is being emotional.
💎 Man @GOLDIEBEHL 🙏🏽 pic.twitter.com/VTC5SkrR8r

She then shared another video that she shared hours later as she is seen slapping herself and says, “If you can’t slap yourself, you haven’t really loved yourself.”

I’ll leave you with this thought.
Good night. pic.twitter.com/WOrWJy0ECn

Sandeep Vanga Reddy also directed the Telugu hit ‘Arjun Reddy’. The film was later given a Hindi makeover in the form of ‘Kabir Singh’. Many have come out to defend the director after he was being accused of glorifying mysogyny in his film.

Meanwhile, actor Samantha Akkineni, Gulshan Devaiah and badminton player Jwala Gutta also slammed the director. “Movie was a movie...but justifying physical abuse?? If u love someone u have the right to slap? Gosh...this guy needs to be shown all the love without physical hurt!! Pathetic!!” Gutta wrote on Twitter.

However, Sandeep has claimed he was misquoted in the interview. “You took me completely wrong. It’s not assault. When you’re so close to each other, when you can’t handle your worst thing with each other. And you don’t have the liberty of showing your worst side. The worst thing is not like ‘iss din daaru peeke aake maar rha hai’. It’s about the liberty of the expression between a couple who is deeply connected. It works for a woman also and it works for a man also. I spoke for both sides. But sadly, they are quoting in a very wrong way,” he said later.