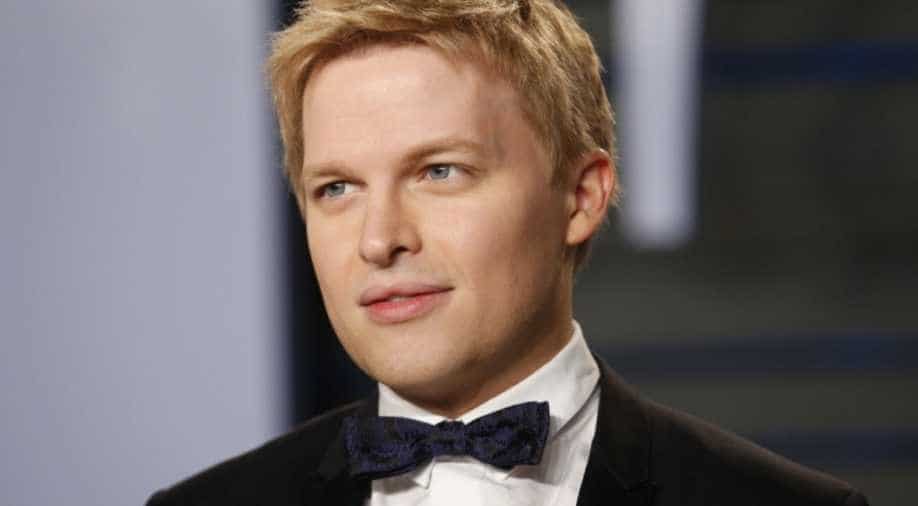 It was a morning of celebration on Wednesday (December 11) in Hollywood as celebrities at The Hollywood Reporter's Women in Entertainment Gala were celebrating their Screen Actors Guild (SAG) nominations. See the complete list here.

Charlize Theron, who produced and acts in 'Bombshell', was not only individually nominated alongside her co-stars Nicole Kidman and Margot Robbie, but the entire cast was nominated for Best Ensemble - SAG's equivalent of Best Picture.

She told Reuters "It's really deep in my heart because this film really is an ensemble and so getting to celebrate everybody for me is most important. As a producer, that's why this movie is here today, because of everybody."

"I think what the nominations said was, as a community, we want to hear good stories. We want to hear diverse, good stories, we want to see ourselves reflected on screen and I think that we're seeing that our industry can be successful without being vanilla, that actually our power comes in our ability to reach out and tell all stories," Carteris said.

Reese Witherspoon's production 'Big Little Lies' was up for Best Ensemble in a Drama Series, but that wasn't her only celebration on Wednesday. At the event, she was receiving the Sherry Lansing Leadership award for being a pioneer in the industry.

Witherspoon has, in recent years, become a successful producer in Hollywood with films 'Wild' and 'Gone Girl' and television shows 'Big Little Lies' and 'The Morning Show'. She has also been proactive in the #metoo and Time's Up movement.

She told Reuters "We're seeing a shift in how many women are hired behind the scenes and how much more diversity and inclusion there is on screen, which is so important but this is just the beginning. With any movement, you have to just keep talking, keep gathering, keep meeting with each other, keep collaborating, and we really do support each other. There are so many women I'm seeing here today who are my dear friends on and off camera, always DM-ing each other and saying 'You're doing amazing!' so it's really important to have that support system."

Ronan Farrow, whose investigative journalism broke the Harvey Weinstein story creating an outpouring of allegations by women in Hollywood, was honoured with the Equity in Entertainment Award, which was presented to him by Gretchen Carlson. He sued former Fox News CEO Roger Ailes for sexual harassment a year before the Weinstein allegations came out.

"It's paramount that men are included in this conversation," said Witherspoon, adding "This isn't about creating a matriarchy, this is about gender balance finally in this world and I think it's a 50-50 population for a reason. We need men to take up these causes and really demand diversity and inclusion in their movies and to work with more female directors and writers and I think we're seeing that happen, we definitely are."

Theron said, "I think men are just as emotionally distraught by all of these issues because it doesn't just affect women, for them it affects their daughters, their sisters, their mothers, this is about all of us, right? We don't want any of this stuff to happen to anybody in our family and so I know so many men that don't want this just as much as women don't and we need to be together in this fight. Yeah. It's just the right thing to do."