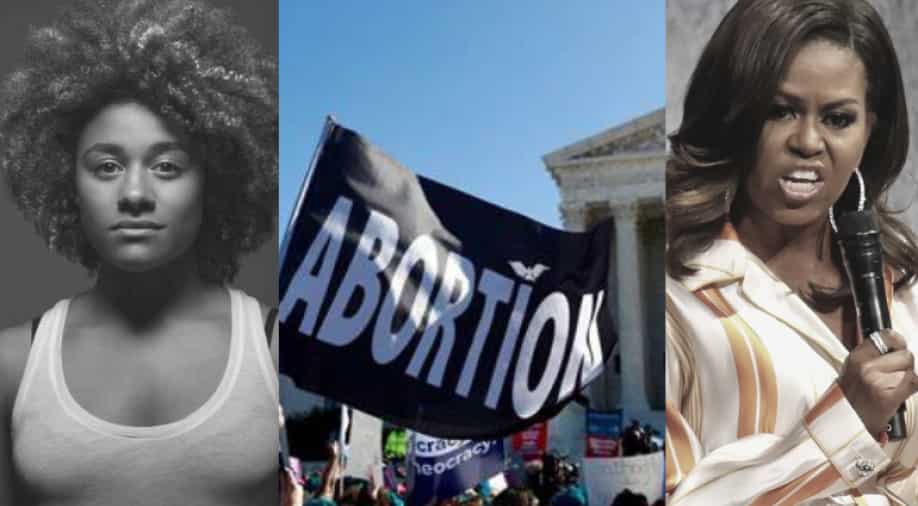 After the US Supreme Court shockingly overturned Roe v. Wade ruling, celebrities were quick to share reactions on social media.

On Friday, the US Supreme Court shockingly overturned Roe v. Wade ruling, which would end the constitutional right to abortion across the country. "The Constitution does not confer a right to abortion; Roe and Casey are overruled, and the authority to regulate abortion is returned to the people and their elected representatives," the court said. After the decision, US Supreme Court has now given rights to individual states and it's on them whether they want to permit or ban the procedure.

It is expected that out of 50 US states, half would make new laws and will make abortion illegal.

After the announcement, celebrities and people condemned the court's decision to end the constitutional abortion rights after 50 years. Several stars including Elizabeth Banks, Michelle Obama, Viola Davis and Ariana Debose among others slammed the decision and called it a ''devastating news''.

Calling the news devastating for families, Banks wrote ''This is devastating news for families - Men and women - who believe the government should not decide when and with whom they become parents. This is not the end of this fight for human rights.''

Check out the celebrity's reaction here:

USA's former first lady Michelle shared a long statement reading that she's heartbroken today for all the people around this country who today have ''lost the fundamental right to make informed decisions about their own bodies.''

My thoughts on the Supreme Court's decision to overturn Roe v. Wade. pic.twitter.com/9ALSbapHDY

And so it goes….Gutted. Now more than ever we have to use our voice and power! WE the people……🙏🏿🙏🏿https://t.co/8gFi0AbNSQ

This is devastating news for families - Men and women - who believe the government should not decide when and with whom they become parents. This is not the end of this fight for human rights. https://t.co/spFusnvwbF

I hope the 53% of white women who just couldn’t stomach voting for @HillaryClinton are happy that they’ve just ensured that their daughters grow up in #Gilead.

A woman’s right to choose is a HEALTH decision.

I’m a Christian and know that.

I have nothing nice to say at this moment in time.

What a sad day for this country. Guns for everybody and no reproductive rights. Twisted. Twisted.

People who have the money, time, and resources will still find avenues for their procedures.

But the most vulnerable of our community? What choices are those individuals, who are mostly BIPOC, left with?

This is the catalyst for a public health crisis.