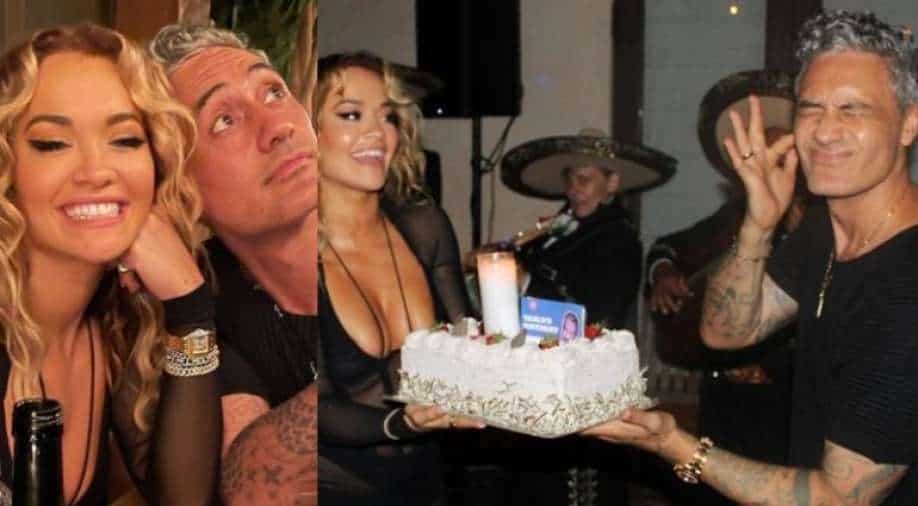 Singer Rita Ora and filmmaker actor Taika Waititi made their relationship official as they appeared together on the red carpet of the 'Suicide Squad 2'.

Director Taika Waititi recently celebrated his 46th birthday and it seems his girlfriend Rita Ora helped him with all her heart.

Taking to her Instagram, the singer gave a glimpse of the sizzling star-studded night by sharing candid photos from the evening.  The series started with Ora and Taika picture, where the singer simply smiling, while the Oscar winner is looking at another side. Moving forward, other picture gave a glimpse of Taika and his cake with a band playing at the back.

The much in love couple were twinning in black colours. Ora was wearing a body-hugging sheer dress, meanwhile, 'Thor 4' director was keeping it simple with a basic shirt.

Singer Rita Ora and filmmaker actor Taika Waititi made their relationship official as they appeared together on the red carpet of the 'Suicide Squad 2' premiere in Los Angeles. Rumours of their relationship have been doing the rounds for the past few months now.

Few months back, Taika name trended on the Internet when a picture of him with his girlfriend Rita Ora and actress Tessa Thompson went viral. In the picture, the trio was seen cuddling and kissing each other.