Rishi Kapoor completes 8 months in New York, wonders when he can get back home 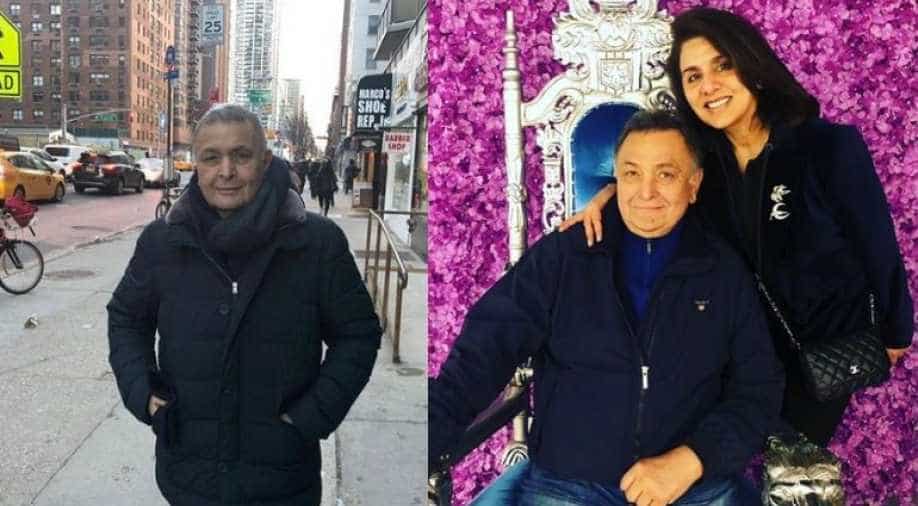 Rishi Kapoor's medical condition brought him closer to his children, Ranbir and Ridhima.

On Friday, Bollywood veteran actor Rishi Kapoor took to Twitter to express his emotional situation. Rishi Kapoor has been in the US for eight months for medical treatment and now yearns to go home.

Kapoor who had been undergoing treatment for cancer the past 8 months took to Twitter to share his thoughts about his stay in New York as he wrote, "Today I complete eight months here in New York. When will l ever get home?(sic)"

Today I complete eight months here in New York. When will l ever get home?

His wife, Bollywood actress Neetu Kapoor had accompanied him in his tough time, while children Ranbir Kapoor and Ridhima Kapoor Sahni have been visiting him regularly.

In fact, the Kapoor's had maintained silence over the nature of his illness and it was only filmmaker Rahul Rawail, a friend of the Kapoors, who recently revealed that the actor was finally declared 'cancer free'.

Earlier in an interview, Rishi also spoke about how his medical condition has brought him closer to his children. In the last eight months, many Bollywood stars have visited Rishi Kapoor and Neetu Kapoor in New York.

Recently filmmaker Rajkumar Hirani had dropped by the couple’s residence in New York. Neetu had posted a photo with the caption, “We both love and admire Raju so we’re super excited today !!! Spent so many hours discussing n talking movies !!! Exhilarating”

Filmmaker and Producer Karan Johar also visited Rishi and Neetu while he was in New York during his birthday.