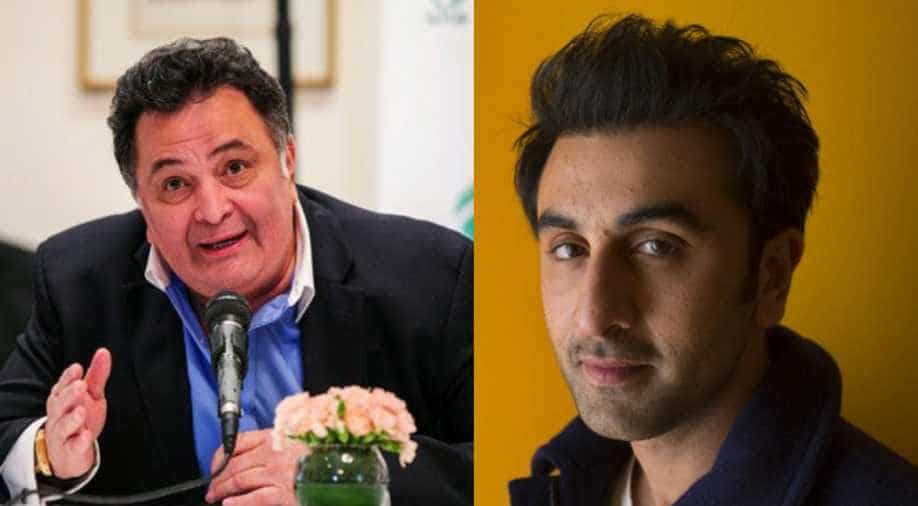 Rishi Kapoor has been in the US for about a year now as he gets treated for an undisclosed ailment. Many reports claim that the star is suffering from cancer.

Ranbir Kapoor had an emotional moment on the stage as he recently picked up the Best Actor Award for his performance in the film ‘Sanju’. While accepting his award, he gave an acceptance speech that had a sweet message for his father, Rishi.

Ranbir said, "I would like to dedicate this award to very special people in my life, starting with my father. He is going through a little bit of a rough patch in his life and I have often heard that whenever you come at crossroads in your life, you can really tell who you are as a person. Whenever I speak to him, he only talks about movies. He only talks about 'how is this film?', 'how is this film doing?', 'how is this performance?', what are you doing in this scene?'"

He added, "And more so, he speaks to me about his insecurities that when he gets back, will he get to work in movies? Whether people will offer him films? Will he be able to act in movies?"

Rishi has been off the scene for some time, ever since he was diagnosed with some ailment and moved to the US for treatment. He has been there for almost a year now. Ranbir, his sister Riddhima, girlfriend Alia have been seen on several occasions having a good time with him and wife Neetu.

Rishi’s last movie outing was in ‘102 Not Out’ opposite Amitabh Bachchan.