Remembering KK: With his death, an entire generation's childhood is lost 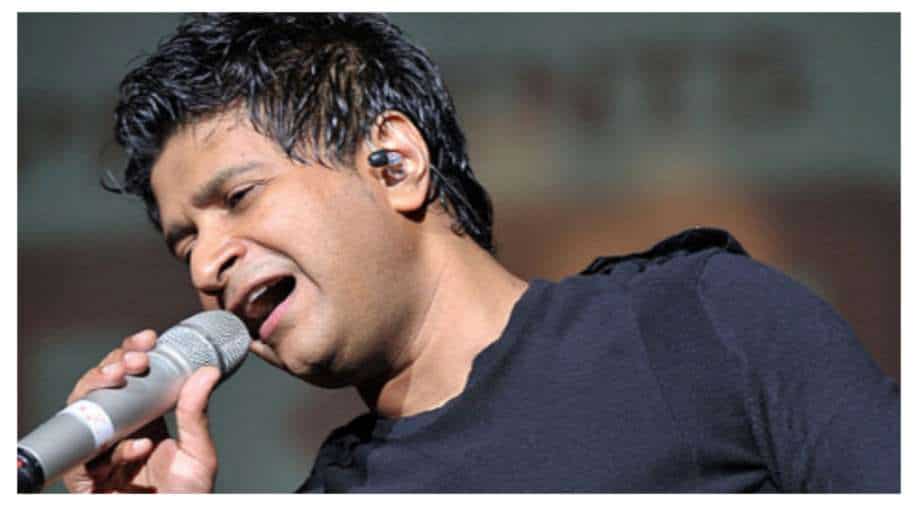 For every emotion, KK's song was the perfect balm, the antidote. Perhaps that's why KK's death has left everyone feeling empty. It is like a part of childhood that has been rudely snatched away.

There are some artists whose death seems personal. On Tuesday evening, when Bollywood singer KK died of a heart attack, it seemed a long lost friend had left without giving a notice.

A few years back, India had felt the same when actor par excellence Irrfan Khan breathed his last. In Irrfan's case, the actor had been battling cancer for the past year and some may have seen the inevitable end nearing yet when he left, it felt like someone had ripped a part of one's heart and taken it away.

In KK's case, the pain seems more brutal as the news of his death came all of a sudden. He had performed to a packed auditorium in Kolkata hours before his death.

Born Krishnakumar Kunnath, to Malayali parents in New Delhi in 1968, KK studied throughout in Delhi. He started his career in music by singing jingles for numerous ads. His first break came for Tamil cinema when he collaborated with AR Rahman for the film Kadhal Desam and then "Strawberry Kannae"  for Minsara Kanavu . In Bollywood, he sang for Vishal Bhardwaj in Gulzar's 'Maachis' . The song 'Chhod Aaye Hum' had KK singing with stalwarts like Hariharan and Suresh Wadekar who were known to sing the classical based melodies in Hindi cinema in the 1990s.

KK, though, tasted success in 1999 when Sony Music came to India and launched KK's solo album in a bid to promote newer artists in the music industry. 'Pal' - KK's solo album became an instant hit among the youth. Songs like 'Aap Ki Duan', 'Pal' and 'Yaron' became instant classics. So much so, that the songs became an anthem of sorts on friendships and love for an entire generation in India. Nearly three decades later, 'Yaaron' and 'Pal' remain the go-to songs on friendship and love and are often played in college and school farewells across India.

The same year, KK also delivered a song for those nursing a heartbreak. Composed by Ismail Merchant for Sanjay Leela Bhansali's 'Hum Dil De Chuke Sanam' the song 'Tadap Tadap' pierced through one's heart for its music, words and its soulful rendition by KK. The song was pathbreaking. It showcased KK's versatility, his range, and his ability to take the song to a crescendo that was seldom heard in Bollywood melodies at that time. It also helped that it was shot beautifully on Salman Khan and Aishwarya Rai who played tragic lovers dealing with a terrible heartbreak.

There was no looking back for the singer after this. KK made us all transition to the 2000s with the ultimate party song of that time, 'Koi Kahe Kehta Rahe' from the now-iconic film 'Dil Chahta Hai'. The film and the song defined the generation of that time- carefree and adventurous- and along with Shankar Mahadevan, KK took the song to a level that was unheard of at that time.

A lot of KK's success in the late 1990s and 2000s had to do with his clean voice. He came at a time when Kumar Sanu and Udit Narayan dominated the Indian playback industry. While both the singers enjoyed immense popularity, they were often compared to the veterans Kishore Kumar and Mohammad Rafi and their styles. KK's voice was young, powerful and unique- the songs he was made to sing at that time connected with the youth more than Sanu and Narayan who were liked by the older generation.

Everyone has a KK favourite song. Everyone has a personal memory attached to KK's hits. If 'Yaaron' was a song celebrating friendship, 'Sach Keh Raha Hai Dil' was a song for heartbreak. For serenading your love there was 'Tu Hi Meri Shab Hai', and for farewells, there was the haunting 'Alvida' where the singer's range was so brilliantly showcased. Composed by Pritam for the film 'Life In A Metro', 'Alvida' begins on the lower scale with KK almost humming the first few lines, but eventually, the notes take flight and the singer's powerful voice peaks at higher notes making the listener feel the pain of parting.

For every emotion, KK's song was the perfect balm, the antidote. Perhaps that's why KK's death has left everyone feeling empty. It is like a part of childhood that has been rudely snatched away.

His songs were for you when you needed motivation when you needed to weep alone when you wanted to be intimate with your love. His voice seemed that personal, like an extension of oneself but perhaps more melodious and soulful.

It is no mean feat to stay relevant for the younger generation for over two decades. At a time, when reality shows are churning out singers by the dozen, KK connected with his audience- especially the youth- with his melodies- a fact that can be testified by his performance in Kolkata on Tuesday night, hours before his death. Videos circulating on social media show him singing his classic 'Pal' to a packed audience- mostly comprising of Millenials- before he fell sick and died of a cardiac arrest.

Video: KK's last performance before his untimely death leaves us in tears

It is also perhaps the most befitting way to go- crooning a song that made him a star amidst his fans and bowing out with a bang.

Go well KK, you will live in our memories with your voice.