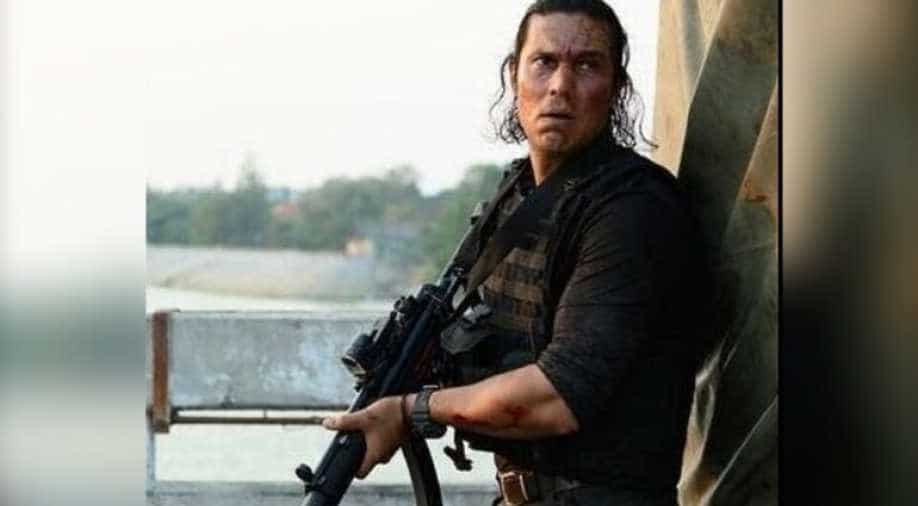 Randeep Hooda in a still from 'Extraction' Photograph:( Twitter )

On Tuesday, the actor shared glimpses from the movie`s shooting in India on his social media page and announced its streaming date -- April 24.

Randeep Hooda is all set to make his Hollywood debut in Netflix film 'Extraction' that features Chris Hemsworth in the lead.

On Tuesday, the actor shared glimpses from the movie`s shooting in India on his social media page and announced its streaming date -- April 24.

In the video, other production staff of `Extraction` and Randeep`s Hollywood co-star Chris Hemsworth are seen talking about India and how different the feeling was to shoot in the country.

The video begins with the `Thor` actor saying, "Here we are, in India, in the sets of our movie for Netflix."

"Aesthetically this film is so vibrant and full of movements," he added, while an action sequence from the movie is played alongside.

The director of the film, Sam Hargrave, said, "We started the day by doing the traditional Indian blessings," followed by a clip where the filmmaker is doing pooja and breaking a coconut.

"India is like another level for cinema," said actor Golshifteh Farahani.

Writer and producer of the film, Joe Russo, further said that India has not been seen much in a modern International action film.

Randeep Hooda too joined in and said, "It is a great opportunity for the world to see India."

Chris concluded the video by saying that he had a memorable shoot time and "I believe the audience is going to be pretty impressed with it."

The `Highway` actor took it to the caption to reveal the streaming date."India isn`t just about heat, but a lot of warmth too... here`s a glimpse into shooting #Extraction in India. Streaming on Netflix from 24th April," the caption read.