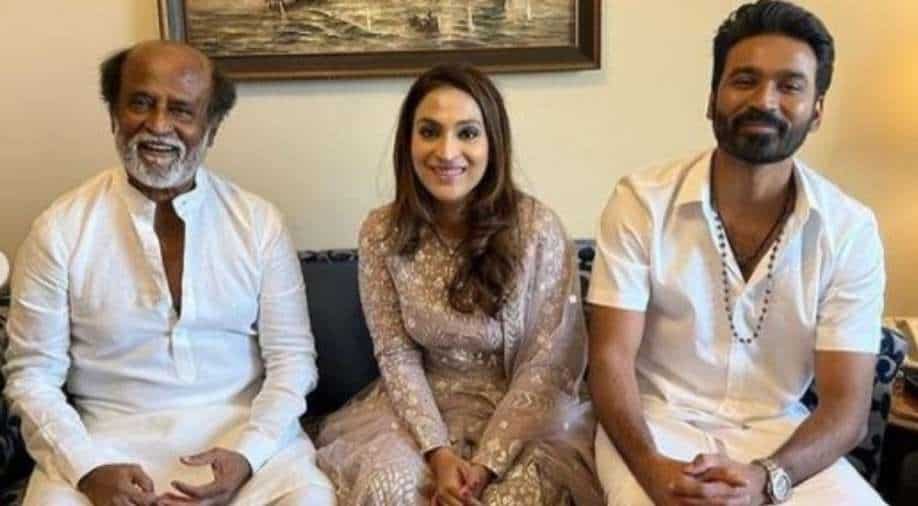 Aishwaryaa was recently in the news when she announced her divorce from husband Dhanush.

Rajinikanth’s daughter and filmmaker Aishwaryaa has tested positive for COVID-19. Sharing a post on Instagram, she wrote, "Tested positive even after all precautions...Got admitted... Please mask up get vaccinated and be safe... Bring it on 2022! We'll see what more is that you have in store for me."

Aishwaryaa was recently in the news when she announced her divorce from husband Dhanush. The former couple posted a lengthy statement that goes like: “18 years of togetherness as friends, couple, as parents and well-wishers to each other... The journey has been of growth, understanding, adjusting and adapting. Today we stand at a place where our paths separate... Dhanush and I have decided to part ways as a couple and take time to understand us as individuals for the better. Please do respect our decision and give us the needed privacy to deal with it." Time to return to theatres as Prabhas starrer 'Radhe Shyam' confirms release date

Dhanush and Aishwaryaa worked together in 3, which marked the latter's directorial debut. The psychological thriller featured a song called Kolaveri Di, which became insanely popular with the masses.