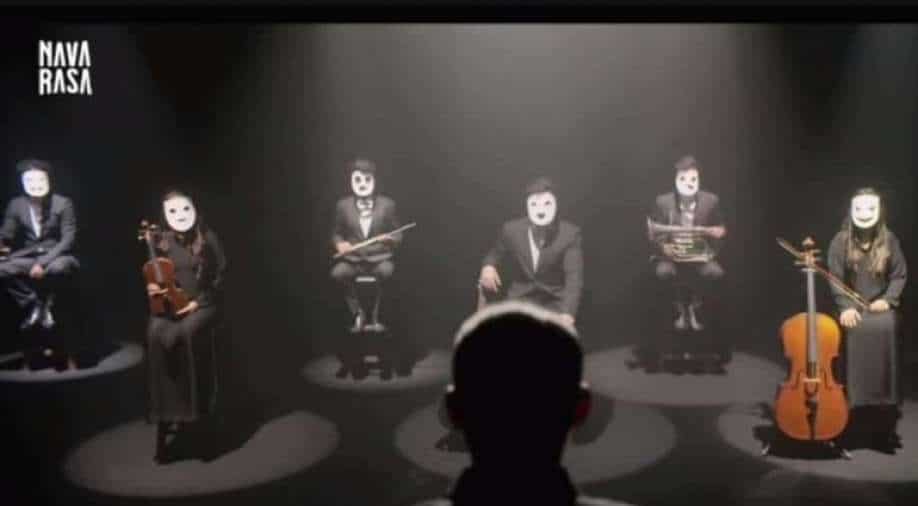 NavaRasa refers to the nine-emotions as per the Indian system. This series features nine works that are each directed by a well-known name from the Tamil film industry. Photograph:( WION )

According to those associated with the project, the profits from this magnum opus would not only support film workers, but also the singers who perform stage film music.

Indian film industry veterans reminisced about their pioneering efforts to be part of a nine-part anthology that was shot and produced fully during the COVID-19 pandemic. To be released globally on Netflix on August 6th, Navarasa, a Tamil series, was made to financially support the film industry workers (daily-wagers) who were affected by the pandemic lockdowns. According to those associated with the project, the profits from this magnum opus would not only support film workers, but also the singers who perform stage film music.

The name Navarasa is derived from the Indian concept of nine emotions, each of which will be represented by a stand-alone episode, each of which will be helmed by one director. The stories would be woven around the nine emotions - anger, compassion, courage, disgust, fear, laughter, love, peace and wonder. Priyadarshan, Arvind Swami, Gautham Vasudev Menon, Karthick Naren, Bejoy Nambiar are among the directors who have contributed to this anthology. The project features an ensemble cast that includes Suriya, Arvind Swami, Prakash Raj, Vijay Sethupathi, Siddharth, Parvathy Thiruvothu, Revathi, Delhi Ganesh, and a plethora of other artists. The directors and cast spoke at a virtual launch event, on Thursday.

The Project was created by veteran and legend Mani Ratnam in collaboration with Jayendra Panchapakesan, who founded Qube Cinema, the film and television technology company. Speaking about their venture, Mani Ratnam said that they were really happy about the variety of talent that worked on this project. Panchapakesan added that this project started at the end of the first COVID-19 wave (late 2020) and went on well through the second wave peak of the pandemic (mid-2021). Despite the restrictions and challenges posed by the pandemic, all the artists and technicians worked tirelessly, following COVID-19 protocols to make this cinematic work a reality.

Asked about the long interval between each of his film releases and how it felt to helm a project of nine mini-films in one go, Mani Ratnam shared that it was a pleasure, as the project was in very capable hands. He humbly added that the project was the respective directors’ baby and that he only supported and coordinated it. An exciting facet of the series would be Gautham Menon’s directorial with Suriya and Prayaga Martin, which would feature up to six songs in a 45-minute love story, that is made for an OTT audience. This gains significance, given how OTT-exclusive films feature hardly any songs (even in the 2hour plus duration films).

Veteran Director Priyadarshan said that his chosen theme of laughter was the hardest thing and also that he was the last director to commit to the project. He said that after Mani Ratnam gave him a call, he realized how noble a cause it was. For Director Gautham Vasudev Menon, Navarasa was about donning two hats-that of actor and director. He expressed surprise at having received a call from director Karthik Subbaraj, who had asked him to act. Actor Suriya said that working towards supporting the film industry at its toughest phase was a very gratifying experience. Recalling his shooting experience with Gautham Menon and cinematographer PC Sreeram, he said those were the most favourite days of his life.

In partnership with the Bhoomika Trust, 12,000 members of the Film Employees Federation of South India (FEFSI) will be financially supported for 6 months or longer, with the profits (over Rs.15cr) raised from this project.