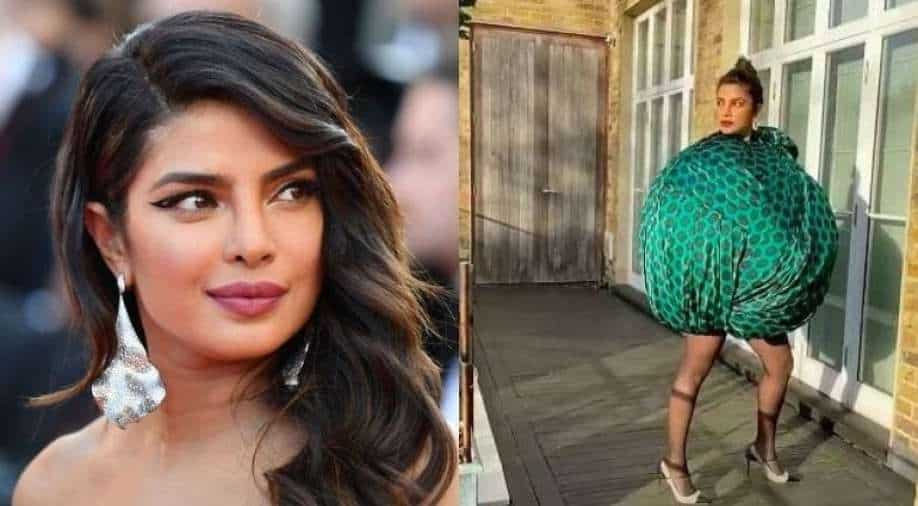 The memes compared Priyanka to various things ranging from fire crackers and types of puffer fish to Pokemons and hot air balloons.

One has to give Priyanka Chopra credit for being a sport. The actress, who is currently busy promoting her newly released memoir 'Unfinsihed', featured a series of hilarious memes on Wednesday featuring....her!

The actress was recently photographed wearing an orb dress by Halpern Studio which started a meme fest on the Internet.

Priyanka sportingly joined in and shared some of the funniest memes.

The memes compared Priyanka to various things ranging from fire crackers and types of puffer fish to Pokemons and hot air balloons.

Even Indian cricket captain Virat Kohli also featured in one of the memes alongside Priyanka.

"This is too much," Priyanka wrote in one of her Instagram stories while sharing more memes, she added, "They just keep getting better."

Here take a look at the ones she shared on Twitter.

She wrapped the meme fest on Instagram with these words: "Thanks for making my day guys."

This isn't the first time that Priyanka's outfit has inspired memes. In 2017, Priyanka Chopra wore a trenchcoat with a long trail at the red carpet which had also generated several memes - which the actress later had admitted to having enjoyed.

Priyanka, who is based in London currently, was recently seen in Netflix film 'The White Tiger' which earned rave reviews from fans and critics alike.