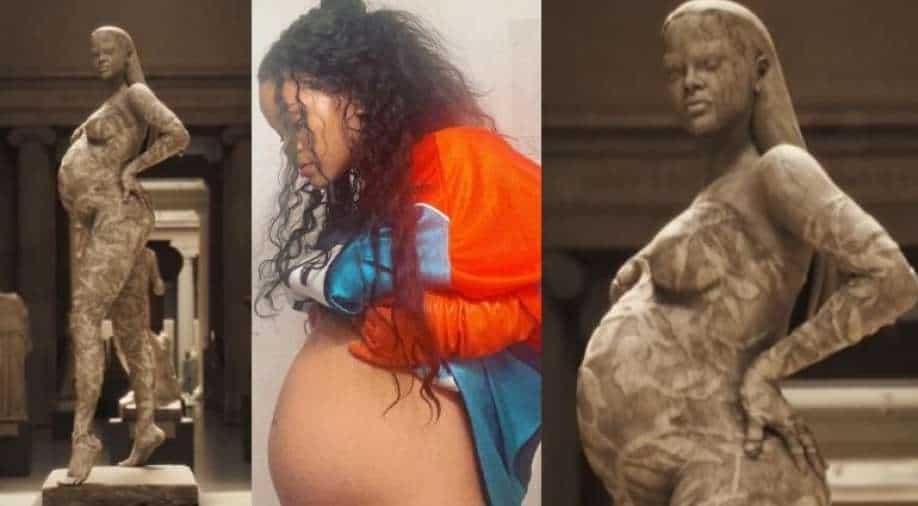 The couple first announced that they are expecting their first child in February.

This year many of the Met Gala's favourite celebs were missing from the event. Among them, we missed the most was Rihanna.

The beauty mogul, who's expecting her first child with boyfriend Asap Rocky, may have decided to skip the event, but she was still part of the annual charity event held at the Metropolitan Museum of Art, New York.

On Monday, the organisers decided to pay a small tribute to Rihanna as they unveiled a marble statue of the Fenty Beauty owner.

Sharing a video on Instagram, that features a statue of Rihanna flaunting her growing baby bump, the singer-fashion mogul wrote, "shut down the met in marble! what’s more gilded than that? Lol! Thank you @metmuseum and @voguemagazine for this historic tribute! y’all bad for this one!"

The clips start off showing other marble models and slowly it pans toward pregnant Rihanna.

Taking to her Instagram, Rihanna thanked vogue and the Metropolitan Museum of Art for the special tribute.

Her fans and friends from the industry loved the honour and were quick to congratulate her for the historic tribute.

As per the reports, Rihanna is in her third trimester and is just a few weeks away from giving birth. The couple first announced that they are expecting their first child in February.